Lygon, MHC Digital: the latest Aussie moves across the ‘fintech bridge’ to Singapore 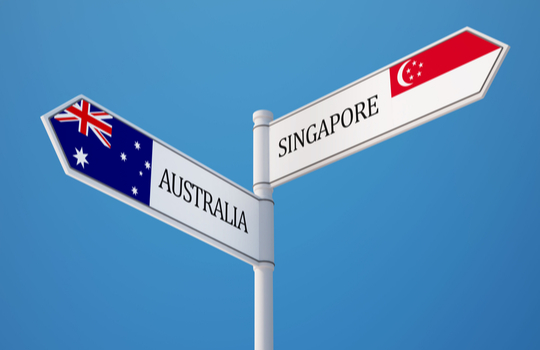 Sydney-based blockchain fintech Lygon is the latest Aussie firm to cross the ever-expanding ‘fintech bridge’ between Australia and Singapore.

The blockchain-based platform launched in Singapore in mid-January as the first step of its expansion into Asia.

Lygon chief executive Justin Amos said the business has developed significantly in the past year since its first industry-standardised digital bank guarantee.

“We’re helping an array of different organisations in Australia move away from relying on a decades-old process, and it was always our intention to do this on an international scale,” Amos said in a statement.

“Today marks an important step on that journey. Singapore is a global leader in the push for digitalisation, making it a natural fit for Lygon.”

“With the Singapore-Australia Fintech Bridge being negotiated, we are expecting more collaborations and joint innovation projects between the two countries,” he said.

The Fintech Bridge, which builds on a Digital Economy Agreement that came into force in December 2020, is the next step in forging fintech collaboration and new business opportunities in digital trade and financial services between Singapore and Australia.

“Lygon’s strategic move to set up a base here further affirms that Singapore is a global fintech hub, and we warmly welcome Lygon to the fintech community,” Singapore FinTech Association President Shadab Taiyabi said in a statement.

“We look forward to working closely with Lygon on initiatives including development of talent and innovation across the financial services industry.”

Another recent move northward is that of Australian entrepreneur and venture capitalist Mark Carnegie, co-founder of MHC Digital Finance Group.

Carnegie’s move to the thriving fintech environment of Singapore came as the digital asset platform he co-founded with Sergei Sergienko plans to accelerate regional growth with a new entity and a deal with Singapore-listed investment holding company Intraco.

Under that December 2021 agreement, Intraco will make a 51 per cent investment in MHC Singapore, a company to be incorporated in Singapore by Carnegie and Sergienko with equal shareholdings. MHC Singapore will take over the relevant businesses and assets of the MHC Digital Group.