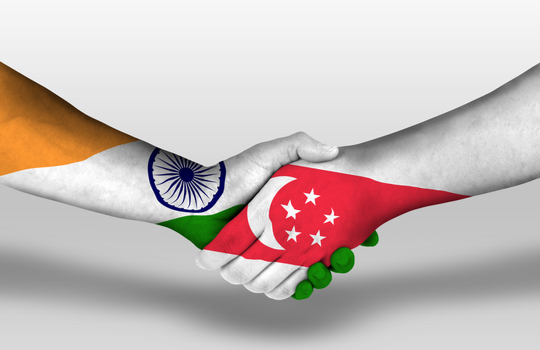 Singapore and India will link their real-time payments systems in a move that will enable fast, low-cost cross-border payments for a potential customer base of millions of people.

The Monetary Authority of Singapore (MAS) and the Reserve Bank of India (RBI) announced that Singapore’s PayNow and India’s Unified Payments Interface (UPI) real-time payment systems would be linked by July 2022.

PayNow and UPI users will be able to transfer money quickly, cheaply and directly from one bank account to another between Singapore and India.

The instant, low-cost fund transfers will be made from India to Singapore using mobile phone numbers, and from Singapore to India using UPI virtual payment addresses (VPAs).

In a statement, the MAS said the move to link PayNow and UPI is a major milestone in the development of next-generation infrastructure for cross-border payments between Singapore and India.

“By reducing the cost and inefficiencies of remittances between Singapore and India, the PayNow-UPI linkage will directly benefit individuals and businesses in Singapore and India that greatly rely on this mode of payment,” said Sopnendu Mohanty, chief fintech officer of MAS.

“Given that PayNow and UPI are integral components of their respective national digital infrastructures, the link between the two systems also paves the way for establishing more comprehensive digital connectivity and interoperability between the two countries.”

The two central banks said their new payments connection provides for increased volumes of money transfers, wider participation by a range of entities, automation of capital control rules, and would incorporate any future innovations by each country’s payments system.

“Integrating real-time digital payment systems will help operators of such systems access those which banks can’t or don’t want to reach,” Hanna said in a statement.

“These include the underbanked and the unbanked citizens, thereby creating a huge market for many follow-on products. Estimated customer base is over 300 million people.”

Singapore’s real-time payments system connection with India is the second such move by the city-state towards creating more seamless cross-border payment options for retail customers.

That pioneering collaboration by the MAS and the Bank of Thailand (BOT) is a key step in the ASEAN Payment Connectivity initiative which aims to promote financial integration and increased payments connections among the ten ASEAN member countries by 2025.