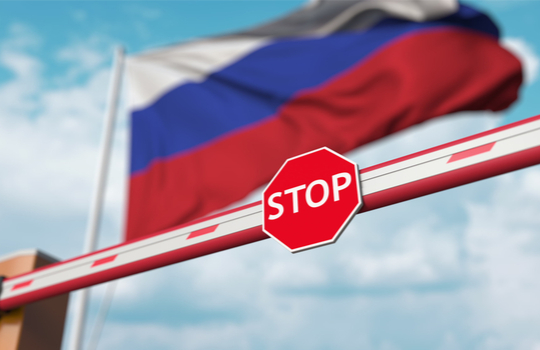 Singapore has invoked a rare foreign policy move and imposed sanctions against Russia over its invasion of Ukraine, including a block on cryptocurrency trading and other financial transactions.

The sanctions – the first by Singapore against another country since 1978, when Vietnam invaded Cambodia – block certain Russian banks and transactions connected to Russia.

The Monetary Authority of Singapore (MAS) issued notices to local financial institutions in mid-March, spelling out details of the sanctions which were first announced in late February. Since Singapore is a growing cryptocurrency hub in the Asia-Pacific, the MAS specified a wide range of digital payment token (DPT) services that are included in the ban.

There are fears Russia could use the decentralised global cryptocurrency market to sidestep international sanctions, and also find more stable, alternative funding to the ruble, which has plummeted since the Ukraine war began.

The local office of global law firm Kennedys said even though Singapore’s sanctions are targeted at specified entities and sectors, financial institutions are taking a cautious approach.

“It is understood that even before Singapore had announced any sanctions, a number of Singapore’s largest banks had already restricted trade financing for Russian commodities because of the war in Ukraine and the uncertainties over sanctions,” Kennedys said in a commentary.

Singapore imposed the sanctions after what it called Russia’s “clear and gross violation” of international law in attacking the sovereign state of Ukraine, saying it set a “dangerous precedent”, especially for small states like Singapore.

Companies in Singapore are now prohibited from dealing with Russia’s VTB Bank, Vnesheconombank, Promsvyazbank, and Bank Rossiya, and their associated entities – and all funds and financial assets linked to them in the city-state have been frozen.

Singapore also implemented an export ban on military goods, electronics, computer and telecommunications equipment to Russia. Providing financial services to the breakaway regions of Donetsk and Luhansk in eastern Ukraine is also banned in the areas of transport, telecoms, energy, and oil and gas exploration.

Minister for Foreign Affairs Dr Vivian Balakrishnan told parliament that Singapore “rarely acted” to impose sanctions on other countries in the absence of binding UN Security Council decisions, but was doing so now because of Russia’s unprovoked military invasion.

“Given the unprecedented gravity of the Russian attack on Ukraine, and the unsurprising veto by Russia of a draft Security Council resolution, Singapore intends to act in concert with many other like-minded countries to impose appropriate sanctions and restrictions against Russia,” he said.