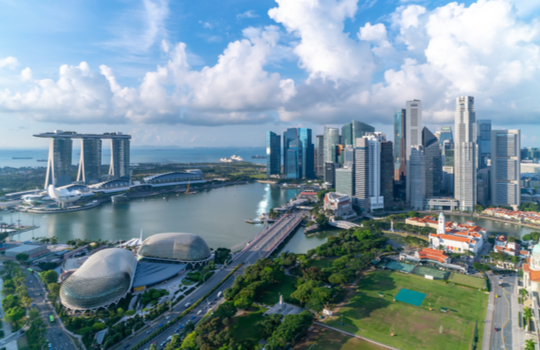 Singapore’s future as the leading location for regulatory technology (regtech) companies in the Asia-Pacific region is extremely bright, according to Enterprise Ireland.

A government body responsible for the development and growth of Irish enterprises in world markets, Enterprise Ireland has released a report looking into the market opportunities for regtech companies across Asia.

The report found that while most regtech firms have been established in the United States or Europe, the Asia-Pacific region is expected to become the new engine of regtech growth and innovation in the future.

In particular, the ASEAN nations of Southeast Asia, with almost 650 million people of which half are under 30 years old, are seen as an attractive proposition for all types of fintech companies.

“The region’s underserved, young, and upwardly mobile population is making use of mobile technology, as evidenced by the rising smartphone and internet penetration,” the report said.

Enterprise Ireland highlighted Singapore’s position as a key regional hub for financial institutions to use as a springboard to the wider region. In addition, with Covid-19 accelerating the move towards digitalisation across the Asia-Pacific, the city-state’s future as a leading regtech ecosystem is bright.

“Singapore is often compared to Hong Kong, but with the current situation in the latter jeopardising the independence of the regulator and its freedom to shape the regtech market there, Singapore will continue to be the leader in regtech in the region,” Enterprise Ireland said.

It also noted the regtech environment in Singapore had tremendous support from the government and the main regulator, MAS, with their proactive efforts to shape the market and enable the regtech landscape to mature.

“As an advanced regional player with regards to regulation, it’s probably easier to start regtech development in Singapore than to try to implement it almost anywhere else,” the report said.

However, it noted: “Singapore’s fintech and regtech sectors are currently undergoing consolidation across the board, which Covid-19 is accelerating.

“The shakeup will likely result in established players partnering with start-ups to offer more end-to-end solutions. Covid-19 will also end up limiting buyer options, given that some of these smaller companies are unlikely to survive.”

Enterprise Ireland also noted that there was considerable fintech innovation happening elsewhere in the region, with many digitally savvy financial institutions coming out of China and Hong Kong.

“These are more open to using new regtech solutions,” it said.