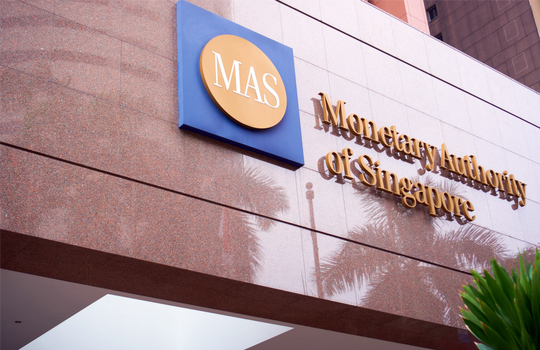 Singapore’s regulators are looking to significantly widen their powers over the country’s burgeoning crypto industry and financial services sector under proposed legislation.

The Financial Services and Markets Bill 2022, which had its first reading in parliament in February, will seek to enhance the regulatory powers of the Monetary Authority of Singapore (MAS) over digital assets and the service providers who offer them.

Under the bill, the MAS will regulate all virtual asset service providers (VASPs) based in Singapore, including cryptocurrency services, even if they only provide services to non-Singapore residents.

For the majority of providers offering digital asset services in Singapore, current licencing requirements under the Payments Services Act will apply. Some providers also operate under the Securities and Futures Act (SFA) and the Financial Advisers Act (FAA).

However, the FSM Bill will bring more companies under the regulatory wing of the MAS and widen instances where it can act against money laundering, misconduct and sector-wide financial risk.

“It appears that the view being taken is that transactions relating to digital token services will be considered to carry higher inherent money laundering and terrorist financing risks, due to their anonymity and speed of transacting in such digital tokens,” Tan said in a statement.

The aim of the legislation is to align Singapore with standards set by the supranational Financial Action Taskforce (FATF) that sets anti-money laundering standards globally.

For instance, he said a cryptocurrency exchange that sets up in Singapore enjoys all the benefits of the country’s strong regulation, reputation and rule of law. But if that exchange does not provide services within Singapore, it currently does not need a licence under the Payments Services Act.

“So there’s a bit of regulatory arbitrage in that situation because these entities might therefore not be regulated,” Ismail told a Blockchain Association of Singapore webinar.

“On the one hand, while they are based in Singapore, they are not licenced here, they will say they are not required to be licenced here. But they provide services to the rest of the world, so the question is, who has regulatory reach over such entities?”

Singapore’s FSM bill will also regulate financial advice on the purchase or sale of digital tokens, and expand the definition of “digital token” to mean digital payment tokens (cryptocurrencies) and digital representations of capital markets products including shares, debt instruments, and funds.

There will be new technology risk management requirements on financial institutions with a proposed maximum penalty of S$1 million (US$737,354) for any breaches.

The bill also adds another layer of compliance for companies because it expands the power of the MAS to issue prohibition orders (POs) across all sectors, including third-party service providers and anyone handling or safeguarding cryptocurrencies.

“For institutions and outsourcing arrangements, you now need to check, in an additional step, that your employees, as well as the employees of service providers, are not prohibited persons,” said Peiying Chua, financial regulation partner at Linklaters.

“The type of person you need to check on also has been extended because you now have additional functions such as those who handle funds, those in risk management, who all potentially need to be checked on because they could be the subject of (MAS) prohibition orders.”

Chua told the Blockchain Association webinar that it was significant there is no transition period once the new bill comes into force, so at that time anyone providing virtual asset services outside Singapore will have to cease trading until a licence can be obtained from the MAS.

There will be at least two further readings of the FSM Bill in Parliament before it can be voted on and passed into law.

Industry analysts say that could take a few months or up to a year, so virtual asset service providers will have time to assess which particular Act of parliament now applies to them, and also seek more clarity from the MAS about specific bill provisions.