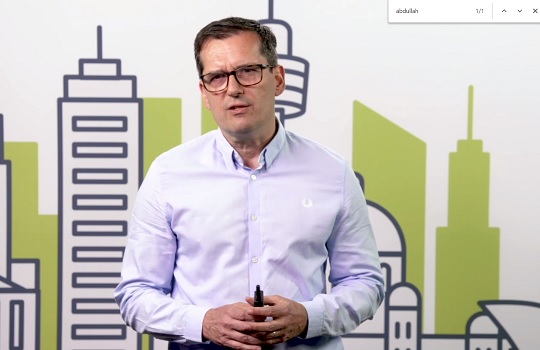 Speaking at the Future of Financial Services, Sydney 2020 virtual conference, Heeley said the landmark decision in 2014 by Macquarie’s Banking and Financial Services (BFS) arm to implement a broadscale Agile framework was a key strategic play to seize market share and thrust itself into contention as “Australia’s number one digital bank”.

Heeley credits this success in large part to a flattening of the tech division’s organisational structure, with DevOps thinking positioned at the heart of its operations.

This, he says, has been the decisive factor in boosting his 1,000-strong tech team’s performance and delivery capability, while also driving down production incidents and attracting top development talent.

An Agile experience, a DevOps approach

Put simply, DevOps is a set of development principles and practices, born out of Agile thinking, that emphasises culture, automation, lean processes, measurement, and knowledge-sharing to improve software engineering teams’ capability and outcomes.

Lifting the lid on Macquarie’s DevOps principles, Heeley stressed that the company’s cloud-first approach has been key to enabling operational agility, stability, performance, security, and resilience – factors that most would consider make-or-breaks for successful customer-end delivery.

Macquarie BFS, he said, is expected to run entirely on public cloud by the end of FY22.

Heeley has pressed his team to “learn fast” from disruptive production incidents, utilising tracking, root cause rectification, and “blameless post-mortems” – one of the key tenets of Agile – to ensure incidents are not simply minimised but avoid being repeated.

However, for Heeley, lessons can be found in all incidents, not just those of high-impact (Severity 1 or Severity 2). Each and every incident of consequence to customers should, he said, be tracked, including the time taken for an incident to be assigned to the team’s task sheet or toolkit.

“We talk about having radical transparency, so every time there is an incident, we use a set of APIs to push that information into every channel where that information is required… [including] front office, customer staff and customers,” he added.

“We have a rule for every single one of our Agile feature teams: you have to go live every two weeks. That is a minimum expectation.

“Most of our teams are going live a number of times a day,” he said, further reasoning that high-frequency cycles also help to build a team’s muscle memory.

As a result, he said, the last four years have seen teams’ output of production code increase by “hundreds of per cent”, while also driving a marked reduction in incidents.

Getting to ‘Positive Jaws’ – Heeley’s nod to the foundational finance ratio, where income trends exceed expenses – through “more and more change, but [fewer and fewer] incidents, is really key to a great engineering culture,” he stressed.

On accountability, feature teams are expected to take ownership of their full-stack, even if they do not directly own or manage the services their code depends on.

Heeley’s engineers are also expected to fully automate their continuous integration/continuous (CI/CD) pipeline, and be able to rebuild their code base on cloud as often as needed.

The development team also takes ready advantage of its ‘mobbing’ or ‘swarming’ capability, an Agile ‘call to arms’ that enlists the entire team to collaborate to tackle one issue (for instance, automation of technical risk items, upgrades, password rotations and certificate management).

Heeley further urges his engineers to have a learning mindset and become more “T-shaped” – that is, to hone one area of expertise, but to also grow wider capabilities – thus having the relevant skills to help product delivery teams adapt to changing business demands.

Coders are not the only ones considered core to Macquarie BFS’s engineering team; specialists in UI design, testing, automation, business analysis, and production support are welcomed into Macquarie’s engineering corps – with all considered critical to the bank’s digital success.

A feature team, capped at 12 members (no larger than Amazon’s “two-pizza rule”, he said), each comprises of a product owner, scrum master, business analyst and nine engineers, where diverse specialisations are grouped together to increase teams’ self-sufficiency, autonomy, and velocity, he said.

Turning to address technology leaders, Heeley said: “Part of your job as a leader is to break down silos for any engineering community. If you’re sitting there going ‘I don’t think I have any silos in my organisation’, you probably haven’t looked hard enough.”

Where cutting through physical, and indeed psychological, walls in workspaces poses challenges enough for companies, Heeley believes Covid-19 has only underscored the need for leaders to “act as the glue” between teams.

Covid has no doubt had a drastic impact on work habits; however, he stressed, Macquarie BFS’s core Agile and DevOps principles have remained unshaken.

“We’ve not fixed our own world that we’ve created; we still have issues every day. But what we’ve created is a culture of mutual respect, of collaboration, of self-learning, of measurement and of engineering excellence.”