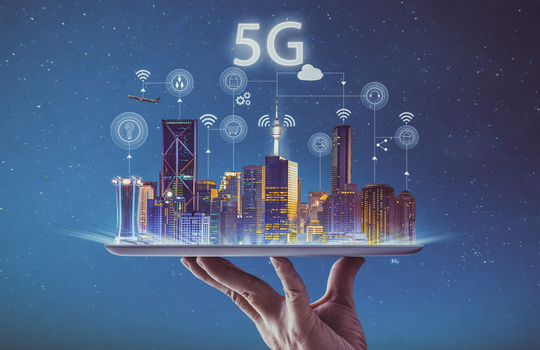 CBA will be among the first Australian banks to trial the hotly anticipated 5G network, joining telco heavyweights Telstra and Ericsson in capability testing on the next-gen wireless service.

The “industry first” collaboration will investigate use cases and end-to-end banking operations on the new 5G network – a once-in-a-decade upgrade to Australia’s wireless service infrastructure.

In a statement, Telstra said the partners “will explore optimal 5G coverage solutions and provide more flexibility for bank operations and locations.”

Testing on the network, the telco said, will show 5G’s capacity to “reduce the network infrastructure currently required at individual bank branches.”

Telstra commenced infrastructure rollouts for the fifth generation – or 5G – network mid-last year and has already switched on more than 200 5G sites across Australia, including within metropolitan Sydney and Melbourne. The next-gen network is expected to be officially launched to consumers by mid-2019.

“[We] hope they can help us provide quicker and better digital experiences for our customers,” Steel added.

The fifth-generation network is widely expected to be a game-changer for digital businesses, delivering significantly greater data transfer speeds and considerably lower latency for connected services.

Nikos Katinakis, Telstra’s Group Executive Networks & IT, said the network could have a transformative impact on financial services in particular, supporting the deployment of bleeding-edge and emerging technologies, including artificial intelligence.

“5G edge computing is all about bringing the network closer to the user or application,” Katinakis said. “For financial institutions like Commonwealth Bank, it will help to enhance existing banking applications as well as deliver new use cases such as artificial intelligence, all supported by a range of software-defined networking solutions.”

A successor to the existing 4G (or LTE-Advanced) network, 5G offers an exponential boost in data streaming (download and upload) speeds. As reported by the AFR, in early-stage testing on the network, US wireless chipmaker Qualcomm achieved a peak download speed of 4.5 gigabits per second – roughly 20 times faster than currently delivered by 4G.

The CBA-Telstra-Ericsson partnership agreement was unveiled at the annual Mobile World Congress in Barcelona.