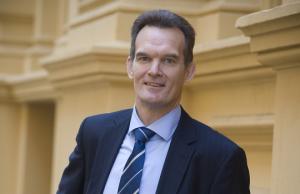 A Kiwi by birth, Sims notched up more than eight years at ANZ in various senior positions across both its Australian and NZ arms, serving as customer operations lead in his final year with the trans-Tasman bank.

“Craig is a great addition to the ASB leadership team. He is highly regarded with extensive experience and a proven track record of progressive thinking,” Shortt said.

Sims said that he was “excited by the prospect of being able to make a difference in the lives of New Zealanders and using my knowledge to help ASB continue making banking simpler, and accelerating the financial progress of its customers.”

Based in Melbourne for over half his tenure at ANZ, Sims oversaw ANZ’s product development and operational agenda.

“These two moves effectively unified the two banks nine years after the ANZ Banking Group bought the National Bank from Britain’s Lloyds TSB for A$4.915 billion plus a dividend of NZ$575 million paid from National Bank’s retained earnings,” the publication revealed.