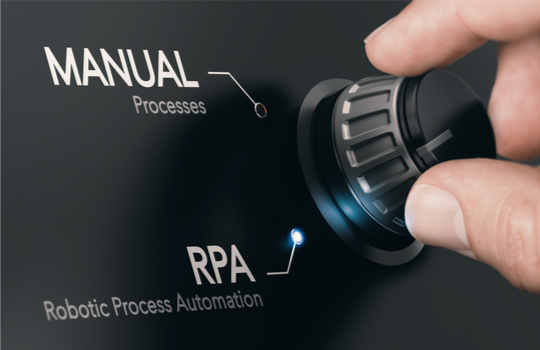 Nearly four out of five (78 per cent) financial services institutions in Australia have adopted some form of robotic process automation (RPA) technology, well ahead of FSI counterparts across the APAC region.

Australia “leads the way” in RPA adoption among Asia-Pacific’s banks and insurers, significantly ahead of the next biggest adopter India (at 49 per cent), and followed by Hong Kong (47 per cent), Malaysia (44 per cent) and Singapore (28 per cent), according to an industry survey by RPA developer Blue Prism.

Moreover, of the remaining 22 per cent of local FSIs yet to deploy an RPA solution, more than one in three of these organisations plan to do so within the next six months, with a further one in six set to have RPA implemented within the next year.

“Naturally, we’re seeing the industry expand the range of applications from cutting costs to increasing sales and ultimately as a catalyst for driving digital transformation.”

Robotic Process Automation is a software application, or ‘robot’, that uses business logic and structured inputs to automate business processes – often taking over repetitive, time-consuming tasks that were previously carried out by humans.

The survey found that most Australian financial services organisations currently have an RPA solution within their finance (88 per cent) and IT (69 per cent) departments. This compares to just 29 per cent for sales and marketing.

For Dewar, finance and IT offer “low hanging fruit” for RPA deployments.

“They’re not client-facing processes. Therefore, banks like to test and up-skill using these processes [through these functions]”.

However, the next big opportunity for RPA, Dewar believes, is in the contact centre.

According to the survey, while RPA deployments will continue at pace within FSIs’ finance and IT units, the use of intelligent automation technologies in sales and marketing functions is set to more than double over the next two to three years.

Among the benefits cited by Australia’s RPA adoptees include cost and time savings (88 per cent) alongside increased accuracy and quality of output (76 per cent).

Indeed, one of the main impetuses for implementing RPA solutions was to offset some of the high cost of local labour, according to Dewar.

Covid lockdowns have also accelerated the push for Australian FSIs to adopt RPA, he said.

“The overnight [shut] down of offshore contact centres and outsourcing operations required a rapid, secure and scalable solution – and RPA digital workers delivered.”

He added: “We have a highly competitive FSI market and RPA, or ‘intelligent automation’, is an accelerator when used as a strategic platform within an overall digital transformation program.”

According to the survey, a not insignificant 99 per cent of Australian financial services firms felt that RPA has improved overall business operations.

However, concerns over security have contributed to some reticence around adopting RPA. Around 62 per cent of respondents cited “security and data privacy concerns” as a challenge when discussing or implementing RPA, the survey noted.

“Every interaction, every keystroke etcetera [of an RPA system] is captured in an audit log,” Dewar said.

“Digital workers also do not commit fraud nor leave their password on a piece of paper taped to the screen.”

“As regulations or governance rules are initiated, digital workers will only process work according to the correct security and regulation. It is also fully auditable.”

Further, a little over half (53 per cent) of those surveyed were also concerned they lacked the talent to deploy and operate an RPA solution.

However, Dewar noted that such concerns should be put to bed, with business users (the “subject matter experts”), working closely alongside RPA developers, including Blue Prism, to define their automation objectives within their own parameters.

“[Our clients] get to refine the target automation process, and then it is deployed and governed within the organisation’s IT governance program.”

An overwhelming majority, 89 per cent, said the future growth of RPA was either “extremely promising” or “promising”. The main driver across APAC was in increasing efficiencies and speed within the organisation (85 per cent), followed by reducing errors (78 per cent) and costs (67 per cent).

Blue Prism’s survey collected responses from 802 financial services business leaders (with more than 10 years’ experience in FSI) from across the APAC region, including 200 responses from Australia.