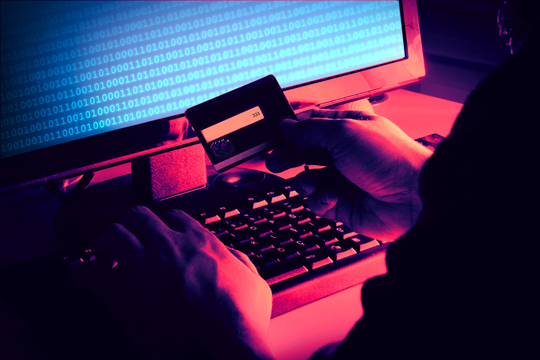 Despite an unprecedented drop in card-based spending by Australians, card fraud rates have risen for the first time in four years, payments industry regulator AusPayNet has revealed in its latest annual fraud report.

Online card fraud also jumped nine per cent off the back of a massive surge in e-commerce transactions in 2020.

AusPayNet’s 2021 Payment Fraud Report recorded a slight increase of 0.6 per cent in card fraud rates through 2020, totalling $467.6 million. While only a marginal bump, it is the first time card fraud rates have risen since 2017.

However, this rate is still significantly lower than the 2017 peak, where card fraud rates reached 75.0 cents per $1,000. In this same year, the total value of card fraud hit $561 million.

Last year also saw the total value of card payments fall for the first time in the recorded history of AusPayNet’s annual Fraud Report (first released in 2015), dropping by 2.2 per cent – a dollar value decline of nearly $18 million – no doubt in response to growing economic uncertainty.

Unsurprisingly, with Covid lockdowns and work from home orders in full force, consumers made a beeline to online shopping outlets, with fraudsters following in their wake.

Consequently, card not present (CNP) fraud (that is, where a physical card is not used in a fraudulent card-based transaction) at Australian online merchants rose to record $335 million in 2020, a jump of nine per cent on the previous year’s figure. All other types of card fraud, AusPayNet noted, recorded falls.

CNP fraud now accounts for 90 per cent of all card fraud in Australia which, as the payments regulator noted, reflects “the global trend of growing online card fraud and cybercrime in general”.

“Indications are that many of the spending patterns and trends established during Covid will remain once we emerge from the pandemic – that is likely to be the case with online shopping,” White said.

He singled out the efforts by industry to implement the CNP Fraud Mitigation Framework, introduced in 2019, which obligates merchants who consistently exceed agreed fraud threshold targets to introduce strong customer authentication.

The Framework also encourages the uptake of technologies to further bolster security, including real-time monitoring, machine learning, and tokenisation.

“The good news is that the industry-wide initiative put in place to mitigate CNP fraud two years ago has had a significant impact. Among other things, it encourages more stringent customer authentication by merchants and issuers, which can very quickly reduce fraud,” White said.

This type of fraud now represents only 2.4 per cent of all fraud on Australian cards, compared to 11.1 per cent in 2016.

“The latest figures shine a light on the growing importance of sophisticated fraud capabilities in the online environment, from AI-powered fraud detection to tokens that protect cardholders’ sensitive information.

“As eCommerce and in-app purchases become increasing popular, the industry must continue to innovate and invest in technology that protects the trust we’ve established between businesses and their customers.”

AusPayNet also encouraged further uptake of Strong Customer Authentication (SCA) for higher-risk transactions, adoption of the 3DS 2.0 protocol, and investment in tokenisation to ensure that stolen card details cannot be used by criminals.