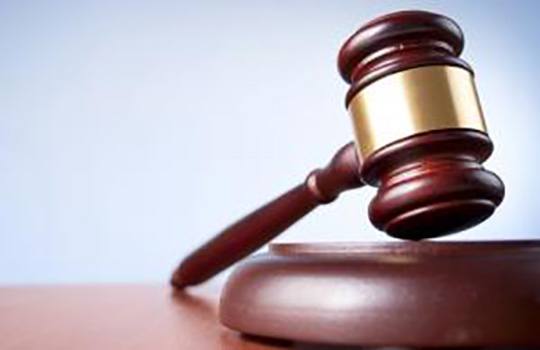 The allegations – raised during the course of the Hayne Royal Commission proceedings in 2018 – relate to two separate conduct violations by The Commonwealth Bank.

On the first charge, ASIC alleges the bank overcharged package fees and failed to deliver benefits to customers from its AgriAdvantage Plus package between 2005 and 2015, the year the product was withdrawn. ASIC contends that more than 8,000 AgriAdvantage Plus customers were “harmed” as a result of the bank’s actions.

The second allegation relates to a contravention of the National Consumer Credit Protection Act, where a known problem gambler was given a credit limit increase.

In a statement, the bank said that it intends to admit to ASIC’s allegations for both matters and will not defend the proceedings.

In response to the AgriAdvantage Plus misconduct allegations, CBA chief executive Matt Comyn said the bank had “discovered [the] issue and then reported it to ASIC in July 2014 and commenced an extensive review that identified the significance of this issue in September 2014.”

Over the course of the decade-long life of the AgriAdvantage Plus package, a product specifically marketed to farmers, ASIC contends that a total of 8,659 customers were directly harmed by CBA’s conduct on 131,542 occasions, in circumstances where CBA benefited from a total of $8,087,276 in incorrectly charged fees, interest on loans, and underpaid interest on savings.

As part of AgriAdvantage Plus package offering, CBA promised discounts and fee waivers across 22 products for customers who paid $1,000 or 0.25 per cent of their borrowing limit upfront, plus $500 a year.

ASIC added that CBA made false representations to customers that it had adequate systems and processes in place to ensure customers would receive their benefits.

During one of the Royal Commission’s financial advice hearings, counsel assisting Michael Hodge QC left no doubt as to their thoughts on CBA’s wealth management customer support practices, referring to their systems as “hopeless“.

While ASIC is seeking a total civil penalty of up to $5 million, this figure may be revised following the bank’s admission of guilt.

CBA said it had sent total refunds of approximately $8 million (including interest) to the 8,659 impacted customers.

“We apologise to those customers who at the time didn’t receive their AgriAdvantage Plus package benefits or were overcharged fees,” Comyn said.

“Failures of this sort are unacceptable.”

The second misconduct allegation relates to CBA’s actions towards a known problem gambler, with the bank admitting it had provided a credit card limit increase to the customer in 2017 despite the individual notifying staff previously that they were a problem gambler and did not want to accept credit offers until the problem had been resolved.

“In recent years we have implemented a number of changes to support our customers’ needs. The combination of support services and customer initiated transaction blocks, now provides our customers with greater control over their access to credit.”

The Federal Court is yet to confirm a date for the trial.