CDR awaiting its “killer use case” – Will this be the breakthrough? 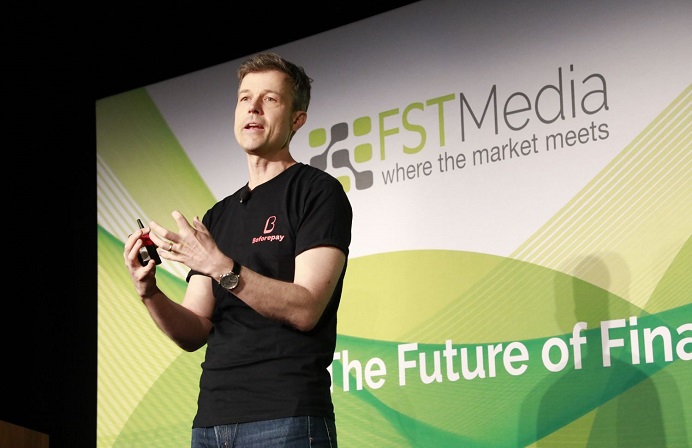 Australia’s Consumer Data Right (CDR) has promised much for consumers, from cheaper products to more tailored banking services, but so far uptake and use of the scheme has been limited. Two years on from the official launch of the CDR, industry and consumers alike appear stuck in a holding pattern, awaiting the scheme’s first “killer use case” – one that will substantially increase the accessibility and usability of Open Data. Beforepay chief executive Jamie Twiss believes, however, that the emergence of a new “smart intermediary” could thrust Open Banking into the public consciousness and make the CDR a truly consumer-friendly experience.

Twiss, the former chief strategy officer at Westpac and, since mid-2021, head of the ‘pay-on-demand’ fintech Beforepay, believes “a new type of company” will emerge to support customers through the unwieldy “search, selection, and [data] movement” and ‘consents’ process – that is, consumers’ express permission for companies to use their data.

Currently, consumers act as their own data intermediator, Twiss said, in many ways “manually moving consents between different organisations”.

This restricts their activity within the scheme, creating bottlenecks that limit consumers’ ability to share their data with multiple financial services businesses and, as a result, how effectively they can search for and usefully compare financial products – one of the principal selling points of the scheme.

“You might [be able to] apply for three mortgages, but it’s going to be harder to apply for, say, 20,” Twiss said at the Future of Financial Services, Sydney 2022 conference.

Consent is the “foundation” of the CDR, according to the Office of Australian Information Commission (OAIC), a co-regulator of the scheme, empowering consumers to decide where their data is sent and how – and for how long – it can be used by businesses. However, the rules governing consent can be tricky for the average consumer to navigate, with a dizzying array of data-sharing options to choose from (not to mention new products and services that can be sent one’s way).

For Twiss, a trusted “smart intermediary” could prove invaluable for CDR users.

“You can see the value of a smart intermediary that manages consents for you, that understands your data and who you are, and actually goes out and practically finds those offers for you, and then manages you through the consent process to get the data safely over to those people,” Twiss said.

The first iteration of the multi-industry CDR, officially launched for the banking sector in July 2020 (and popularly known as Open Banking) has promised not only to empower greater product choice and service tailoring for consumers, but also put downward pressure on prices, as switching between institutions becomes that much easier and competition between banks inevitably increases.

“I think everybody is excited about Open Data – and yet we’re still kind of waiting for it,” Twiss said.

“We’re still yet to find that killer use case.

“We haven’t found that ‘Netscape Navigator’ moment… where suddenly everybody realise[s] that data sharing is going to be incredibly important and disruptive.”

For Twiss, too many banks are relying on the inconvenience that customers have long faced in switching products or institutions.

“If you’re relying on customer stickiness, then you do not have a sustainable business model [in an Open Banking world].”

Twiss added: “Anyone whose economics rely on the gap from your front- and your backdoor pricing – and I think this certainly applies to the big banks and their mortgage books – will face sustained pressure on that gap and will have to trade off giving up that backdoor margin and potentially bleed share.

“And that trade-off will get worse every year.”

As the CDR matures, Twiss argues, customer stickiness will inevitably and rapidly decrease.

“If your model is ‘I know I’m not very good at what I do, but I already have four million Australians and they keep paying me’, I think the end of the road will come into sight soon.”

Incumbents still have “plenty of advantages” to thrive in a mature Open Data world – but must act now to preserve their advantage, he said.

“You have all the customers today. You have deep pockets,” Twiss said.

“I know you all have challenges, whether that’s with your tech stack or your service model or [others]. But you do have resources and you do have some time.

“If you’re in a position to significantly improve your game, even if that means you’re sacrificing margin, then that should give you at least a ticket to play in what the new world looks like.”

Stepping up as a value-added smart intermediary could prove the decisive factor to preserve incumbents’ dominance, Twiss said.

“Banks are not trusted by their customers on any dimension – except that customers trust them with their data and their money, because they always have.”

“And that puts you in a very strong position to potentially be the intermediary yourself.

“Again, you have to disrupt your business to do so, but if you’re looking towards the future and trying to build something, that is absolutely something you’re well positioned to build.”