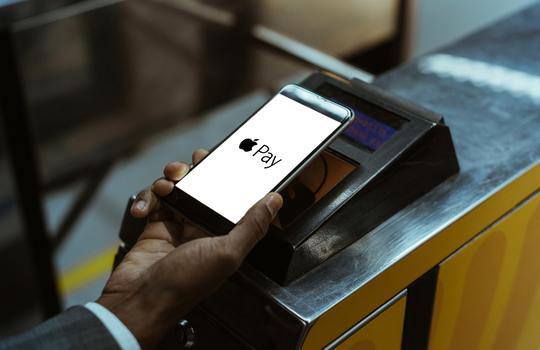 Australia’s oldest bank has joined the ranks of its major rivals, finally switching on Apple Pay in response to rising customer preferences for non-cash payment options.

Westpac customers with an eligible Mastercard credit or debit card, or eftpos Handycard, can now plug into the iOS wallet to make tap-and-go or online payments using an Apple Pay-enabled iPhone, Apple Watch, iPad, or MacBook.

“We are pleased to announce that Westpac customers can now use Apple Pay to make fast and secure payments,” said David Lindberg, Westpac group chief executive, consumer, in a statement from the bank.

“This comes at an important time for our customers, who are looking for an alternative to cash.”

The banking giant last December announced the rollout of Apple Pay across its subsidiaries BankSA, St George, and the Bank of Melbourne, while customers of Westpac itself were told they would have to wait until June 2020 for the iOS wallet.

According to Lindberg, Westpac has observed a marked rise in digital banking over recent weeks as Covid-19 transmission risks meant more Australians were staying at home.

“With the introduction of Apple Pay, it will now be even easier for customers to pay for goods and services in stores, via apps or online without the need for a card or wallet,” Lindberg said.

With security and privacy said to be “at the core of Apple Pay”, it was noted that credit or debit card numbers linked to Apple Pay were neither kept on devices nor on Apple servers.

“Instead, a unique Device Account Number is assigned, encrypted and securely stored in the Secure Element on your device,” the bank explained.

“Each transaction is authorised with a one-time unique dynamic security code.”

While it becomes the last of Australia’s big four to introduce Apple Pay, the ‘red and white’ bank has left rivals CBA and NAB in the dust by switching on the iOS wallet for cards running over eftpos rails.

The move follows ANZ Bank’s activation of Apple Pay for eftpos in May 2019. ANZ was also first among the majors to introduce Apple Pay for eligible Visa debit and credit card customers back in April 2016, mere months after the iOS wallet’s 2015 launch in Australia.

By contrast, Westpac, alongside NAB, CBA and Bendigo and Adelaide Bank, staunchly resisted the adoption of Apple Pay, instead sparring with the bigtech firm for permission to access the iPhone’s NFC (near-field communication) hardware in hopes of running their own payment platforms.

However, the banks’ request was denied by the ACCC in a determination upholding Apple’s demands to maintain comprehensive control over its NFC chip.

Two years after its misfired lobbying attempt, CBA relented and implemented Apple Pay in January 2019 – a first for consumers using Mastercard debit and credit cards – and later extending the service to business card holders in May.

NAB in May 2019 likewise jumped on the bandwagon, enabling Apple Pay for both personal and business customers using eligible Visa debit or credit cards.

In step with banks recent push to enable iOS wallets for customers, the Reserve Bank of Australia’s (RBA) 2019 Consumer Payments Survey revealed a surge in contactless mobile payments over the last three years.

Corroborating the Reserve Bank’s findings, Roy Morgan’s latest Digital Payments Report from March 2020 revealed that contactless mobile payment services are now used by 9.8 per cent of Australians – up from just 6.8 per cent a year ago.

Unsurprisingly, the RBA’s survey also found that under-40s were driving Australia’s growth in contactless mobile payments, with nearly one in five millennials or Gen Z consumers recording at least one weekly payment of this sort.

According to Roy Morgan’s March figures, Apple Pay has emerged a clear frontrunner in contactless mobile payments, registering 5.9 per cent usage among Australians, while Google Pay saw 3.9 per cent and Samsung Pay saw just one per cent of usage nationally.