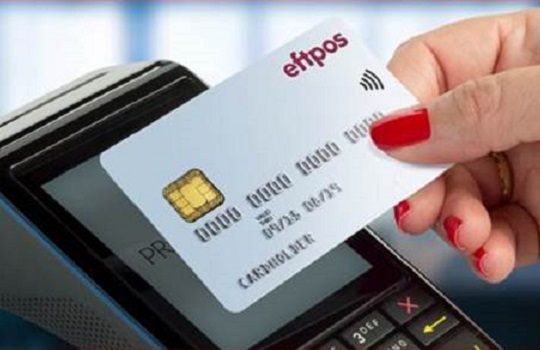 With digital forming the pillar of its new strategy, eftpos is inviting fintechs and other developers to test quick response (QR) code and e-commerce solutions on the payment system’s rails, releasing two new APIs this week.

Through a newly launched innovation sandbox, the payments utility provider is seeking developer feedback on its electronic QR (eQR) and eCommerce APIs, ahead of its full eQR launch slated for later this year.

At the same time, merchants will be able to link loyalty and rewards in a single transaction.

“This initiative comes at a time when Australians are becoming familiar with QR code technology through daily interactions with Covid-19 check-ins and increasingly turning to digital shopping,” eftpos said in a statement.

According to its latest product roadmap, eftpos’ eQR build kicked off in July 2021; meanwhile, the company is currently working on an industry-wide standard for QR payments, due for completion by mid-2022.

By May 2023, all newly installed eftpos terminals should have hardware to support QR payments functionality. By May 2024, no terminal shall be without this capability, the roadmap states.

Aside from eQR, eftpos is also developing eCommerce solutions, having made progress over “several years” on the design and implementation of network fraud scoring and secure authentication (EMV 3-D Secure) services.

LCR is a feature allowing merchants to select the payment scheme that processes transactions when consumers use a dual-network debit card (DNDC); this can reduce merchant fees on processing debit card payments.

Both eCommerce solutions are expected to be made commercially available this November, for rollout by May 2022.

Domestic payments powerhouse in the making as tripartite merger approved

Eftpos’ sandbox announcement comes just a week after the Australian Competition and Consumer Commission (ACCC) approved its merger with fellow payment utility providers BPAY and NPPA. The new company will be christened Australian Payments Plus (AP+).

Under the merger, the three payment schemes will preserve their distinct brands and operations but will work together under a unified board – chaired by former AMP executive Catherine Brenner – to collaborate on new products and capabilities.

The competition regulator found no anti-competitive effects stemming from the merger. Rather, it held that AP+ would strengthen Australia’s competitive arsenal against foreign payment schemes as well as international technology giants.

ACCC was satisfied with the formation of AP+ after eftpos, BPAY and NPPA agreed to enter a court-enforceable undertaking finalised last week, to be overseen by the Reserve Bank of Australia.

As part of the undertaking, eftpos said it would commit to “do everything in its control” to make least cost routing available for the next four years and to promote it, ensuring its domestic infrastructure is well-maintained.

“Eftpos is important to the availability of least cost routing, as the only current alternative network to the Visa and Mastercard networks through which debit transactions can be routed,” ACCC chair Rod Sims said.

However, Sims held that provisions in the undertaking, combined with the RBA’s oversight, offered sufficient protections to minimise the risk that “eftpos is diminished, or that LCR becomes less available”.

He also said the merger would help the three parties to coordinate investments and avoid inefficient duplicative spending, citing competing digital identity schemes being developed by eftpos (connectID) and BPAY as an example.

“Importantly, this will increase the likelihood of major banks and other shareholders investing in domestic payment services,” Sims said.

Besides LCR and unified investments, QR payments also featured in the undertaking, with the three parties committing to ensure an industry-wide standard is released by June 2022, in coordination with AusPayNet, Australia’s self-regulatory payments body.

The undertaking further requires eftpos and NPPA to develop and release a set of ‘Prescribed Services’, which would include fraud prevention measures and technical developments to allow e-payments using eftpos debit cards.

Robert Milliner, chair of the Payments Industry Committee overseeing the tripartite merger, welcomed the formation of AP+ as an opportunity to “create a more innovative and efficient entity”.