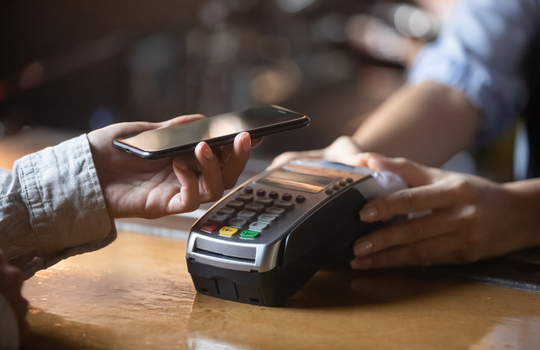 Australia’s peak fintech body is pushing for the Government to require device manufacturers to open access to near-field communication (NFC) technology on mobile devices, citing a “lack of competition” in digital payments as a key factor holding back domestic start-ups.

In a submission to the Parliamentary Joint Committee on Corporations and Financial Services, as part of the Committee’s inquiry into ‘Mobile payment and digital wallet financial services’, FinTech Australia proposed this as well as five other areas for regulatory reform.

“The growth of digital payments encourages greater business competition and innovation, leading to the creation of more tailored products for consumers,” the paper noted.

“In turn, there is a risk that a lack of competition in these sectors will reduce consumer choice and business innovation,” the paper said.

“[The] existing power imbalance between the present technology giants and new start-ups is likely to impact competition and stifle innovation.”

FinTech Australia’s other proposals include that the Government prevent manufacturers from placing restrictions on how payments are processed – typically, transactions are processed using existing payment infrastructure operated by banks, acquirers, and payment network operators.

In addition, the body recommended that legislation be introduced over the terms and pricing practices of major payment and checkout platforms.

FinTech Australia also called on the Government to mandate the collection of consumer data by digital wallet providers in a “balanced manner that does not impact competition”; this data should be made available upon request for the wider industry to understand consumer trends and behaviours.

Finally, the body urged the Government to encourage testing of alternative mobile wallet payment solutions, such as Bluetooth Low Energy (BLE), which would uphold security and encryption of sensitive card data whilst bypassing the need to access mobile devices’ NFC modules.

NFC technology, which powers most contactless payments, enables wireless data-sharing for devices within four inches of proximity; it differs from Bluetooth technology in that NFC uses less power and does not require device discovery or manual syncing to facilitate data transfer.

FinTech Australia is not alone in lobbying for direct NFC access; in 2017, CBA, Westpac, NAB and Bendigo and Adelaide Bank appealed to Australia’s competition watchdog, similarly, for permission to access the iPhone’s NFC hardware in hopes of running their own payment platforms.

The ACCC, however, denied banks’ request in a determination, upholding Apple’s demands to maintain comprehensive control over its NFC chip.

Apple, in its own submission to the recent Parliamentary inquiry, argued that it gave developers, regardless of industry, equal access to its devices’ NFC capabilities, with consumers easily able to switch between digital services and providers.

According to the bigtech, changing this approach to give banks control of NFC capabilities would “compromise the customer experience on Apple devices, reduce security and privacy, undermine choice and harm competition.”

FinTech Australia’s submissions to the Committee can be viewed here.