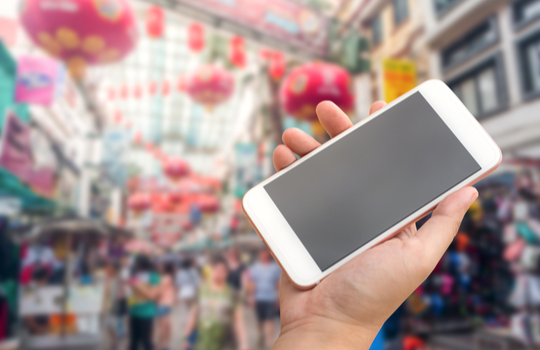 The Hong Kong Monetary Authority (HKMA) and the Guangzhou Branch of the People’s Bank of China (PBoC) have launched a cross-border electronic bill presentment and payment (EBPP) service, simplifying mobile and online-based payments between Hong Kong and the mainland’s most populace province, the Hong Kong regulator announced.

The cross-border EBPP service “aims to provide an efficient channel for customers in Hong Kong to make bill payments denominated in renminbi to the merchants in Guangdong province over internet or mobile banking platforms,” the HKMA announced in a statement.

Guangdong Province, which shares an immediate border with Hong Kong, represents China’s most populous mainland province, including the southern ‘megacities’ of Guangzhou and Shenzhen – among the wealthiest cities in China.

The launch of the EBPP was marked by a ceremony attended by senior officials from the Guangdong provincial government and the representatives from the commercial banks and corporates in Guangdong Province and Hong Kong.

Mainland China is expected to see an explosion of their mobile payments network in the coming years, with the total value of mobile payment transactions in China expected to grow by an average annual growth rate of 142 per cent, equivalent to 13,776.5 trillion yuan ($US2,648.17 trillion) by 2020, according to Research and Markets.

Yet there is still significant growth potential in mobile and online payments across both markets.

According to Hong Kong’s Trade and Industry Department, by the end of 2016 the cumulative value of Hong Kong’s realised direct investment in Guangdong was estimated at HK$1,984.5 billion (AU$335.3 billion), accounting for 63.8 per cent of Guangdong’s total.