‘Huge progress’ made in global AML/CTF compliance, but challenges bringing criminals to justice 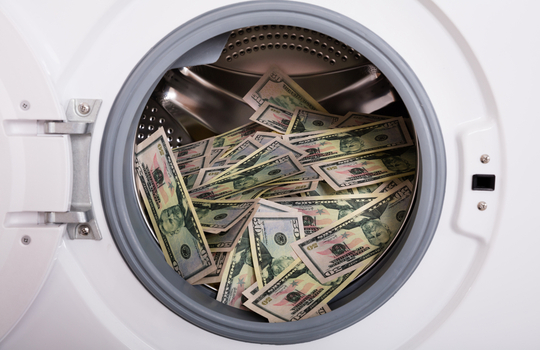 Countries have made “huge progress” in improving their technical compliance with anti-money laundering and counterterrorism financing (AML/CTF) regulations, but many are still struggling to properly investigate and prosecute high-profile cross-border cases, according to global the AML/CTF authority, the Financial Action Task Force (FATF).

A “landmark report” by the FATF has revealed that 76 per cent of countries have now satisfactorily implemented its 40 Recommendations to help manage, monitor, prevent, and prosecute AML/CTF breaches – a significant improvement in “technical compliance” from a decade ago, where the figure stood at just 36 per cent.

“This has created a firm legislative basis for national authorities to ‘follow the money’ that fuels crime and terrorism,” the FATF wrote.

However, it also found significant compliance and enforcement gaps, raising concerns around governments’ “tick box” approach to the adoption of AML/CTF laws and regulations – an approach, it said, that ultimately “lacks focus on results”.

Moreover, the intergovernmental body found countries were still facing considerable challenges in investigating and prosecuting high-profile cross-border cases, as well as in preventing anonymous shell companies and trusts being used for illicit purposes.

As a result of the findings, the FATF announced a series of changes to its Strategic Review (currently in its 5th round) of its mutual assessments process – which it uses to assess countries’ AML/CTF compliance – with aim of making its next cycle of assessments “more timely, risk-based and effective”.

Among the changes to the 5th round of assessments include:

“In the 5th round of Mutual Evaluations, we will put an even greater focus on ensuring that countries not only pass the relevant laws and regulations, but also effectively implement these laws,” the FATF wrote.

“This will help prevent and prosecute money laundering, terrorist financing and financing of proliferation of weapons of mass destruction in a manner consistent with their risks.”

While larger, often multinational, financial institutions were found by FATF to have implemented effective risk mitigation measures, smaller financial institutions, as well as the non-financial sector players (including real estate agents, lawyers and accountants) “generally have a poor understanding of risks and struggle to mitigate them”.

“Nearly all (97 per cent) of 120 assessed countries have low to moderate effectiveness ratings for preventing money laundering and terrorist financing in the private sector.”

FATF urged for a change of culture within private sector entities to embrace “a true risk-based approach to conduct customer due diligence, keep records, and file suspicious transaction reports”.

It also found that while significant progress has been made in establishing a supervisory framework of laws and regulations and enhancing the powers of supervisors, the implementation and extent of supervision remain inadequate.

The FATF found that a little over half (52 per cent) of assessed jurisdictions have adequate laws and regulatory structures in place to ensure transparency in beneficial ownership, with anonymous shell companies recognised as “the most widely used methods for laundering the proceeds of crime and corruption”.

While such laws are in place, countries were found not to be effectively implementing these laws, with fewer than one in 10 “substantially effective in this area”.

“Countries need to prioritise their efforts and demonstrate improvements in recording, reporting and verifying information regarding legal persons and arrangements.

“In order to mitigate high-risk activities such as bearer shares and nominee relationships, competent authorities should be able to quickly access accurate and up-to-date information.”

The FATF found investigations and prosecutions of money laundering and terrorist financing “remain rare in most countries, particularly for complex cases or cases involving a cross-border element, despite some strong international co-operation among countries.

“Furthermore, only a tiny fraction of all proceeds of crime are recovered. As such, convictions for money laundering are often not in line with the major risks identified within each country.”