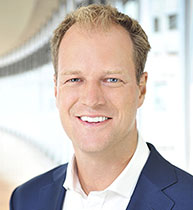 Morgan had served as chief technology officer in IAG’s Australia division, but was officially on secondment from PwC.

“Neil’s appointment to this new company-wide position recognises the critical role technology plays in driving our efforts to be a more agile organisation, and achieving our corporate strategy as we move from being a product-focused to a customer-centric business,” Harmer said in a release.

“With extensive experience in technology and business-led transformation, Neil will be a valuable addition to our leadership team,” Harmer added.

Morgan’s appointment marks the formal reinstatement of a permanent technology executive at IAG. The dual role of group executive for digital and technology was abolished following the departure of Claire Rawlins in October 2016.