Impact of fintechs is over-hyped: NCPA 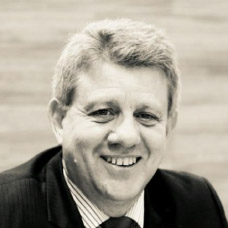 Financial technology disruptors will have “far less” of an impact on the lending space over the next few years, according to Phil Johns, CEO of the National Credit Providers Association.

Financial technology disruptors will have “far less” of an impact on the lending space over the next few years than originally perceived, according to Phil Johns, chief executive officer of the National Credit Providers Association of Australia.

Speaking to FST Media, Johns’ comments come in response to claims made by MoneyMe chief executive and co-founder, Clayton Howes, who said traditional lending business models were based on overpriced fees and charges and that the growing prominence of fintechs will result in a “fairer” and “more competitive” market for small-amount consumer loans in Australia.

“We continue to hear fintechs talking up their firms but the market [will] now start to level out from the online lending expansion which started some years ago,” Johns said.

“As a new startup you have all these hypothetical ‘telephone number’ predictions which are not entirely accurate. It is clear fintechs have their place, like all online segments of any industry, but I believe they may have far less impact than they think moving forward.”

Johns argued that the provision of a more competitive market for small-amount consumer loans was only applicable for online lending and should not be misconstrued to be reflective of the lending market as a whole.

“It is not unexpected or anything new that online providers have cheaper credit offerings as they do not operate bricks and mortar outlets with the associated costs – which [are] only beneficial for online users,” Johns said.

“As we know, cheap online prices do not drive down retail prices.”

According to Johns, physical touchpoints remain the primary channels for customer interaction and retention in the “increasingly saturated” domain of Small Amount Credit Contract providers.

“We represent the majority of lenders, who are represented under the National Consumer Credit Protection Act 2009 and from what we can see the majority of consumers who use Small Amount Credit Contracts still walk through the door of [a] building talk to a human,” he said.

“Obviously as the older generations who use our product age, eventually we will see more and more fintechs emerging. [However], the uptake of online [lending] appears to be flattening out in our market now.”