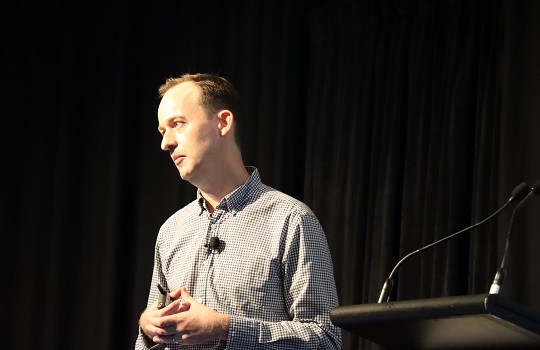 Resolution Life has embraced ‘low’ or ‘no code’ automation to fast track the rollout of its business-critical customer adviser and staff portals, helping to accelerate the life insurer’s separation from AMP’s legacy systems, according to chief technology officer Peter Histon.

Coupled with his team’s progressive adoption of automation, as well as its “flip to agile” over the last 18 months, Histon, speaking at FST’s Future of Insurance 2022 conference, said adoption of the ‘low code’ software development approach has accelerated the life insurer’s digital services rollout capability, and delivered a “leading edge” for platform development.

What was previously three months to simply “shift code into production” has been transformed into now weekly release cycles.

“And we could go quicker, but we want to make sure that we’re delivering change that’s meaningful,” Histon said.

A programmer in his early career, Histon admitted he was at first “sceptical” of the promised potential of low code, having been “burnt in the past” by previous deployments.

Resolution’s latest adoption of low code technology – which, as its name suggests, enables applications and processes to be built with minimal or no need to use complex programming languages – has, however, proved a resounding success for his team.

“We took the plunge and haven’t looked back.”

“It’s [enabled] our teams to prioritise their backlogs, to focus on what’s most important, and then deliver… a lot quicker than they could have in the past.”

Following the acquisition of AMP’s Life business nearly two years ago, with Histon also transferring across from AMP, Resolution is now “pushing low code” to help cut the cord from the ex-parent company’s legacy systems.

A current core priority, he said, is the implementation of an “adviser remunerations or ‘commissions’ platform”, which is set to go live in the next few months.

“We chose to back ourselves and use low code technology to implement that capability.”

Resolution has also found other viable use cases for low code – in policy administration. In one particular case, to help find a new home for ‘a unit-linked insurance’ product.

“We had to make a choice of whether we migrate legacy or new policy administration platform or have a crack and use this low code technology.”

As testing is completed, Histon said he expects the new policy admin platform to go into production within the next couple of months.

As traditional life insurers increasingly adopt breakthrough automation and machine learning technologies to help to cut down inefficiencies, for Histon, the claims process offers an “obvious” use case for artificial intelligence.

“It’s a key moment of truth for life insurance customers.

“They’re at their most vulnerable – they’ve had a death in the family or they’re sick and can’t go back to work – so it’s critical we show up for our customers.”

Calculating a claimant’s benefit payment is burdened by a similarly drawn-out, manual process.

“It’s very complex. It takes hours to do, over a number of days, and being manual it’s prone to error”.

Histon says the company is leveraging the “power of AI”, and specifically natural language processing, to sift through these policy documents.

“[It’s] doing what the humans were doing, but much more accurate and faster; and we’re using that to massively speed up the process.

“We’re going from hours to minutes to days, using machines to help our case managers.”

This has enabled case managers to “do what they do best – being there for customers in their time of need”.

Resolution Life’s tech team is also working to implement a ‘triage’ model, currently in production, which is triggered when a case gets lodged.

This process uses machine learning techniques to direct the claim “to the right case manager who’s in the best place to manage it”.

As a result, claims are now paid “without human intervention”.

With Resolution set to finalise its complete separation from AMP “over the next six months” as well as integrating its latest acquisition, AIA’s superannuation and investment arm, Histon said the company will continue its keen “pursuit of [its] growth agenda”.

To support its growth trajectory, Resolution will move to scale its low-code built claims management system, backed by the “delivery of even more AI use cases”, he said.

Over this time, the tech team will move to shut off the final remnants of Resolution’s on-prem infrastructure, completing the company’s full migration to public cloud as part of its overarching ‘cloud-only’ strategy.

“The only thing that’s really left is the mainframe, and we’re going to do that in the next few months,” Histon said.