ME Bank chief calls it quits 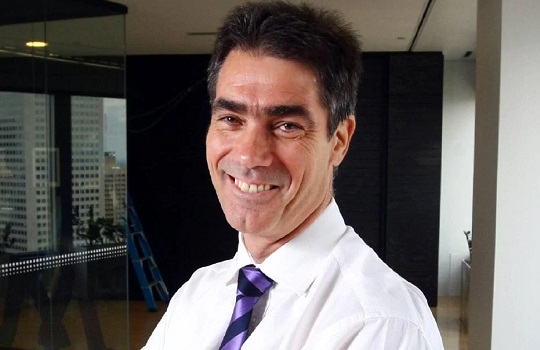 After a decade at the helm of one of Australia’s pioneer digital-first banks, ME chief executive Jamie McPhee has announced he will step down from the role at the end of July.

In a statement announcing his resignation, McPhee cited “industry challenges ahead” requiring a “long-term commitment” for change.

“After ten and a half years as CEO, I believe now is the best time to hand over the reins to give ownership of the Bank’s post-Covid strategy development and long-term execution to a new CEO,” McPhee said.

Chief financial officer Adam Crane will assume the reins as interim chief before a permanent appointment is made.

McPhee’s resignation follows an unfortunate misstep by the bank earlier this year where it lowered redraw limits (a facility that allows customers to make extra payments on their mortgage which they can later draw down) on legacy home loan products without first informing borrowers.

Effectively, extra money that was accumulated by customers through the redraw facility was removed by the bank and automatically reallocated, deducted from their outstanding mortgage balances. While no money was necessarily lost, customers no longer had access to these funds as expected.

Following backlash from customers, ME Bank acknowledged and apologised for the redraw limit alteration and offered to reverse the changes.

However, the bank stressed that the T&C amendment affected only “a portion of legacy loans written more than five years ago”, and that it had notified regulators well in advance of the changes.

“This change was made with the best of intentions – to protect some customers from the risk of redrawing too much money, which could have inadvertently put them behind their repayment schedule,” McPhee said in a statement in May.

“We should have worked harder to explain a complex product and process simply so that redraw limits were better understood.”

McPhee’s 10-year headship of the industry super fund-owned bank saw significant growth in its customer base and mortgage book.

“Jamie has made a significant contribution to the Bank over the last ten and a half years, transforming the scale and extent of ME’s retail offering to customers,” said ME Bank chairman James Evans.

“Importantly, Jamie has steered the Bank through significant change in the industry and the macro economic environment. Jamie leaves with our thanks and best wishes for the future.”

McPhee’s 10-year tenure was also marked by a number of ambitious digital programs, including the long-awaited overhaul of ME’s core banking system. Since its announcement back in 2016, the bank has worked to replace its long-serving, and locally built, Ultracs core banking platform with Temenos’s T24 – with ME approaching the final stages of the former’s decommissioning.

ME also tapped Pega in 2018 to develop a suite of banking applications to enable straight-through processing and decision automation at the front-end.

There have been recent setbacks, however, with ME last year announcing it will scrap its $14.4 million credit card platform, along with associated credit card products, likely in response to the emergence of buy now, pay later outfits which have made significant headway in Australian over the last few years.

“It was deemed not economically feasible to continue due to the expectation that the credit card market is undergoing significant disruption,” the bank said in its 2019 annual report.