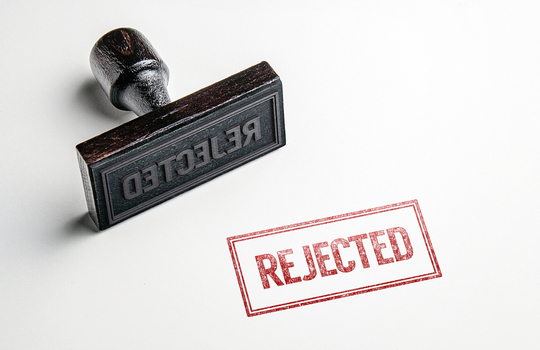 A data entry error in Medibank’s claims system has resulted in $5 million fine for the health insurer, with the ACCC declaring it had breached Australian consumer law by rejecting legitimate policy claims.

ahm, Medibank’s discount health insurance arm which issued the two policies in question, was found to have rejected 849 members from claiming joint reconstruction and investigation procedures, falsely informing policyholders that they were ineligible to claim for these services.

The ACCC states at least 1,396 enquiries or claims were illegitimately rejected between February 2013 and July 2018 under ahm’s ‘Lite’ and ‘Boost’ policies.

Medibank said that by 2017 – four years after the first legitimate ‘joint’ claim was found to be rejected – ahm discovered Medicare Benefits Schedule (MBS) item codes for the joint investigation and reconstruction items were incorrectly entered into its claims assessment system.

The health insurer blamed “an internal process failure” for the rejections, with MBS item codes belonging to the joint and reconstruction category not filed under its Lite and Boost policies.

Curiously, the errors were only disclosed to the competition watchdog in August 2018 – more than a year after they were discovered by Medibank. Worse, it appeared hundreds more claims were rejected within this period.

“Despite Medibank identifying in June 2017 that some service codes had not been included, Medibank rejected 370 enquiries or claims over another 13 months, until the conduct ceased in July 2018,” the ACCC said in a statement.

“Medibank’s false statements to consumers were a serious breach of our consumer law”, ACCC chair Rod Sims said. “These representations were made for more than five years in many cases, and affected hundreds of customers who were denied the cover they were entitled to under their existing Medibank policies for joint procedures that they required.”

The issue was identified following numerous customer complaints to ahm; Medibank said an internal investigation commenced after the complaints were lodged.

In a statement, Medibank said that a “program of remediation was established” to compensate affected customers, “which the ACCC considered was appropriate and generous”.

By 22 June 2020, more than $775,000 in compensation had been paid out by the health insurer to 175 affected members, including some who upgraded their policies unnecessarily based on the false information.

At the ACCC’s behest, Medibank, Australia’s second-largest health insurer, has promised to contact more than 600 eligible policyholders who have yet to be compensated, providing them with a further chance for recompense.

“Medibank will also pay these members an additional $400 as a one-off payment,” the ACCC said.

Roughly 130,000 current and former policyholders have been notified so far, according to the health insurer said, with each invited to make a complaint or seek compensation.

ahm senior executive, Kate Williams said: “We believe the approach we have taken to be transparent with all past and current ahm Lite and Boost customers about the issue, the way we have implemented a remediation program and how we have engaged proactively with the ACCC, reflects our commitment to do the right thing.

“The ACCC also acknowledged that the error was inadvertent, that we didn’t intend to make false or misleading representations, and that it considers our remediation program to be appropriate and generous in its design and scope.”