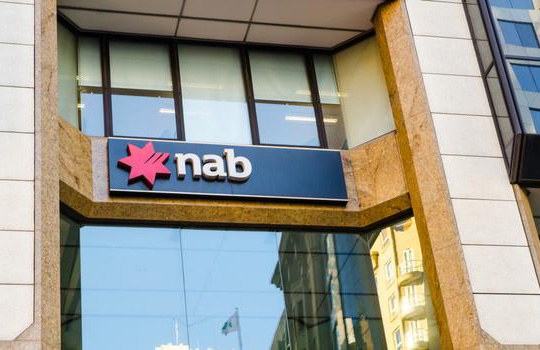 In the thick of the bank’s Covid-19 response strategy revealed in its half-year report, the National Australia Bank has announced a revamp of its executive team, appointing NAB veteran Nathan Goonan and Rachel Slade to new executive positions.

As the newly appointed chief of personal banking, Slade will oversee end-to-end accountability of NAB’s home lending and everyday personal banking functions, including management of bank’s branch network, as well as direct and digital channels.

Slade, in her previous role as head of NAB’s now folded customer experience division, presided over the bank’s product, marketing, customer experience, digital, and innovation teams. The CX division was launched less than two years ago by the bank.

“As chief customer experience officer, Rachel has been passionate about creating better experiences for customers and has led significant changes including simplifying our products and improving our digital solutions,” McEwan said.

Prior to joining NAB, Slade held a number of senior and executive roles across her more than decade tenure at big four rival Westpac. This included support for the bank’s global transactional services business, the customer-led transformation in the retail and business division, and as head of group diversity and flexibility.

Newly appointed head of strategy and innovation, Nathan Goonan’s position will encompass the execution of the bank’s strategy, innovation, and transformation agenda, as well as all mergers and acquisition activity.

Goonan, who has held several senior positions across his seven years at NAB, currently serves as EGM for strategy and development, overseeing execution of the bank’s corporate strategy and mergers and acquisitions activity globally.

“Nathan joins the executive leadership team having led the development of NAB’s long-term strategy announced today,” McEwan said. “He too is a passionate advocate for customers and has played a key role in NAB’s major strategic moves in recent years including the divestment of NAB’s UK business.”

“These customer divisions will be responsible for all product, customer experience and operations relating to their customers,” the bank said in its half-year report.

McEwan, brought in less than nine months ago to clean house in the wake of NAB’s post-Hayne fallout, appeared singularly focused on reducing the complexity of the bank’s byzantine processes and digital infrastructure, long beset by legacies and complexities in NAB’s operating structure.

“The need for improved accountability and reduced complexity is clear,” McEwan said in the bank’s half-year wrap.

“We are implementing a new structure with end-to-end responsibilities, and are focusing resources on delivering simpler, more streamlined products and processes.

“This will go a long way towards better enabling our colleagues and consistently getting basics right for customers.”

Whilst acknowledging the bank’s efforts in recent years in “removing complexity, uplifting digital capability and establishing strong foundations in technology”, McEwan stressed – perhaps with some tacit reference to the bank’s well-publicised misdeeds exposed during the two-year Royal Commission – the need to rebuild and reconnect with people, delivering “simpler, easier, faster and more consistent outcomes for customers and colleagues, while remaining safe and resilient, and better leveraging relationship banking strengths.”

A key near-term goal for the bank will be in “streamlining” its products and processes, particularly in home and business lending, NAB said in its report, “which should also support a smoother transition to digitisation over the medium term”.

“In technology we are continuing to migrate IT applications to lower cost cloud platforms and have a medium-term focus on standardising and simplifying our architecture to reduce the number of core systems and provide more consistent outcomes for customers and colleagues.”

This no doubt includes the “massive” transformation of NAB’s customer relationship management system revealed at the beginning of the year, partnering with cloud CRM giant Salesforce to consolidate the bank’s 13 legacy systems into a single streamlined platform.

Thus far, the bank revealed, at least a third of all its applications are “now migrated to cloud”.