NAB to onboard 500 tech interns this year 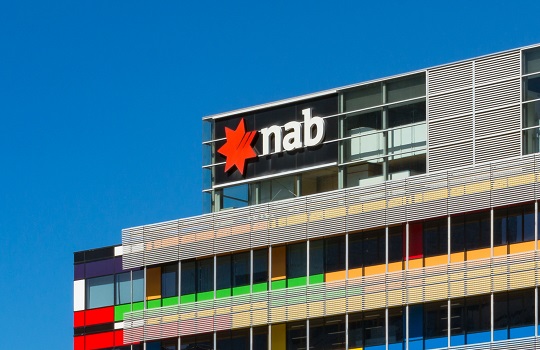 The National Australia Bank (NAB) is set to recruit a total of 500 tech specialist interns this year, announcing a new recruitment drive under its Technology Internship Program as part of a wider push to fill upwards of 1,500 technology roles across the bank.

Billed by the bank as “one of Australia’s largest technology internship programs”, NAB will offer a total of 500 full-time, paid internships (with contracts between 6- or 12-month) through 2022, looking to build capabilities within a number of sought-after tech disciplines, including cloud, software and data engineering, security analytics, business analytics, service operations/continuity, and legal and financial analytics.

Interns will also have access to ‘NAB Cloud Guild’ resources, helping to advance understanding, use and innovation in AWS and Azure cloud environments.

“Our interns work on real projects that are making a difference to our customers and colleagues. This gives them the experience [of] using the latest technologies alongside our partners like AWS and Microsoft as they do it,” said NAB manager of technology careers, Jade Warrener.

Launched in 2018, the Cloud Guild has trained more than 7,000 NAB staff in cloud skills, with more than 1,300 individuals becoming AWS certified.

NAB said the latest intake in this latest round of the Technology Internship Program will target “early and emerging careers, neuro diverse candidates and those returning to work or transitioning careers”.

So far this month, 250 tech interns have been onboarded at the bank (with applications for the first round opening at the end of August 2021). The remaining 250 interns from the current round are set to join after July.

A NAB spokesperson confirmed that around 60 per cent of tech interns are hired into graduate or permanent entry-level roles at NAB, recognising the Program as “an important source of talent” for the bank.

Around one-fifth of these joining the internship were also from the bank’s own return-to-work (RTW) program.

The RTW, launched last November, is “aimed at people returning from career breaks or further studies”.

“It is specifically for those that have been on a two-year or longer career hiatus and who want to resume their careers,” the spokesperson said.

“[Among the] current jobs the bank is looking to fill under the ‘Return to Work’ program include project analysts, software engineers, architects and technical analysts.”

Commenting on the Internship Program, Warrener said NAB is “significantly investing [in] moving to cloud at scale, adopting micro-services and mini-apps and using all the modern tech tools to deliver better customer experiences.”

“This year NAB has ambitions to fill around 1,500 technology roles across the bank, with the 500 strong technology intern program forming an important source of talent.

Applications for the latest round of NAB’s Technology Internship Program close on 10 June 2022.