One in three Kiwis under 44 targeted by crypto scams – BNZ 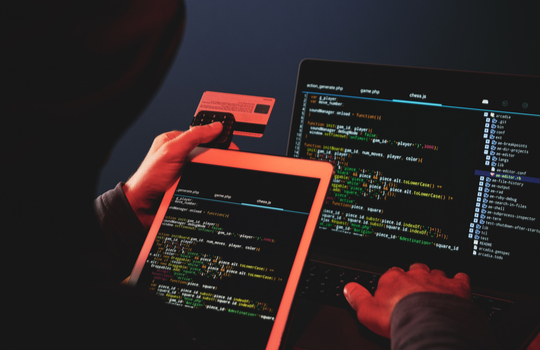 As lockdowns force more New Zealanders onto eBanking channels, fraudsters are using new financial tools, including cryptocurrency exchanges, as their medium of choice to drain victims’ bank accounts, research from the Bank of New Zealand (BNZ) has revealed.

Scams are running rampant and increasing in sophistication, figures from BNZ’s Scam Savvy research have revealed, with nearly 80 per cent of New Zealanders targeted during the latest lockdown, while nearly one in four fell victim to scams. The average sum lost per scam was calculated at NZ$1,638.

At the same time, BNZ’s findings show a 54 per cent surge since last year in concerns among Kiwi consumers over the protection of their personal data, with one in five research respondents indicating distrust in companies’ abilities to safeguard their personal information.

As a result, 11 per cent of people surveyed are hesitant to go online for fear of being scammed, the bank’s findings revealed.

“Our research is a good reminder to organisations of all sizes that we all need to work hard to honour the trust our customers put in us to protect their data,” BNZ’s head of financial crime Kai Fong said.

Citing examples of fraudsters mimicking missed online deliveries and offering expedited Covid tests and vaccinations for free, Kai Fong described the scams as “depraved” and “hideous” for “preying on people’s uncertainty, worry and heightened stress” during the pandemic.

BNZ’s findings come as the country recovers from a tide of high-profile data leaks, including ransomware attacks on Waikato District Health Board and server monitoring firm Kaseya.

According to the bank, phishing emails remain one of the main tactics used by fraudsters, as well as remote access scams (35 per cent), followed by scams masquerading as government services (20 per cent), inheritance scams (20 per cent) and crypto investments scams (16 per cent).

However, invoice scams targeting Kiwi businesses have generated “most losses by value”, the bank said.

BNZ findings also warned that cryptocurrencies are beginning to show up in other scams, with fraudsters relying on their “anonymity and lack of regulation” to make direct transfers from victims’ accounts.

“At that point the money is as good as gone, quickly transferred on market to a traceless cryptocurrency like Bitcoin, and then transferred on again to a totally unidentifiable ‘wallet’ elsewhere in the world, where the scammer can easily and cleanly transfer it back into a currency of their choice,” Kai Fong said.

One in three New Zealanders under the age of 44 have been targeted by a crypto scam, BNZ found, presumably due to “stories about crazy crypto valuations”, which appear to be clouding people’s judgment.

Crucially, when it came to reporting scams, 83 per cent of research respondents said they would likely report an incident to either their bank (60 per cent), independent eSafety service Netsafe (38 per cent), Cert NZ (9 per cent), the NZ Government’s online cyber reporting service, or the police (55 per cent).

Yet in reality, a little over half (52 per cent) of respondents who were scammed had reported it at all, and only 29 per cent informed their bank.

“Criminals are pouring huge levels of investment and organisation into scamming. Every day they are getting more sophisticated and successful, but the best line of defence remains the individual,” Kai Fong said.

He stressed the importance of consumers being educated on what to look for, and what to do if they ever fell victim to a scam.

BNZ’s research was conducted in conjunction with the bank’s Scam Savvy Week. The bank has also designed a tool to encourage safer online practices among customers.