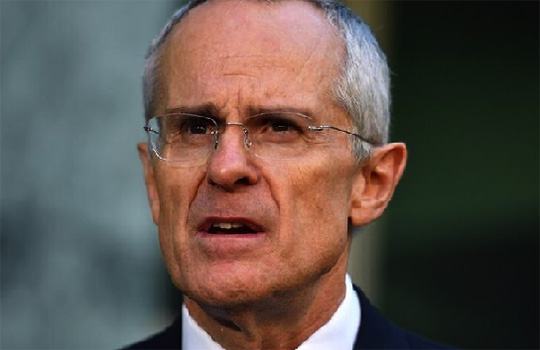 Open Banking will go ahead on its scheduled 1 July launch date despite volatility induced from the coronavirus crisis, with ACCC chair Rod Sims citing the benefits of increased competition for rebuilding Australia’s post-pandemic economy.

Australia’s economy is poised to make a “fairly quick” post-crisis recovery, according to Sims, with a demand spike expected once the country returns to business as usual – a recovery he said would benefit not only from the economy’s current competitive structures but also the forthcoming Consumer Data Right (CDR) regime, of which Open Banking would be the first cab off the rank.

Speaking at the AFR Banking & Wealth Summit on Monday, Sims acknowledged the necessity for the Treasury to take “immediate, sensible and temporary measures” to support the economy through the crisis.

However, he cautioned that “necessary short-term measures [should] not give rise to long-term structural damage to competition or market concentration”, urging that vital economic reforms such as the CDR should proceed as planned.

“At this time, though so much is yet unknown, we must look through this crisis and to the world we want post-crisis,” Sims said.

“If there ever was a time to expedite digital innovation, this is it.”

Whilst acknowledging that the CDR implementation timeline now required greater flexibility, Sims held that “the vast majority [of banks and stakeholders] want to press ahead and build on the work to date”, adding that the 1 July 2020 milestone remained in sight for all.

July’s launch will mandate major banks share credit and debit card, deposit account, and transaction account data with accredited service providers at a consumer’s behest – a step towards what Sims insists is a reform “as important… as [what was] achieved in that wonderful reform decade of the 1980s.”

“We may not know when the gains from CDR will kick in, but we can be certain they will be profound. Competition, consumers and the economy will benefit considerably,” he said.

Yet, while Sims upholds competition as the silver bullet to economic recovery, he is not without critics.

Graeme Samuel, former ACCC boss (and APRA reviewer) challenged his successor’s decision, warning that competition could also prove a stumbling block to financial stability, which he feels should remain the priority at present.

As reported by the AFR, Samuel believes that competition, by its very nature, involves instability and disruption.

“I don’t think that’s what we need right now,” he said, cautioning against the potential risks involved with an inadequate or mistimed introduction of the data portability regime.

Notably, July’s launch of Open Banking was delayed from February 2020 due to concerns over consumer data privacy and security, which subsequently saw debate ignite over the controversial practice of screen scraping, common to fintechs – ultimately permitted for the foreseeable future.