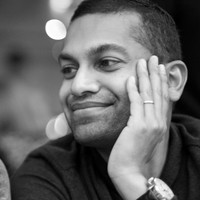 The Reserve Bank of Australia (RBA) has appointed Gayan Benedict to the position of chief information officer (CIO) following the departure of Sarv Girn last month.

Benedict currently serves as the RBA’s deputy head, technology services, a role he has held since 2013. He will assume his new role on 14 May.

In a statement by the Reserve, the role of CIO “[provides] strategic leadership in developing the core IT functions that support the Reserve Bank’s policy, operational and corporate objectives.”

“It will also direct the continued development of a large and professional staff and provide advice on meeting the Bank’s technology needs.”

Benedict previously served in several technology leadership roles, including a position as Westpac’s head of technology strategy and enterprise architecture between 2012-13, as well as strategic executive IT roles at both Travelex Commercial Payments and Oracle.

Girn will take responsibility for MLC’s $400 million transformation project, which the insurer expects will “deliver the most advanced digital and process infrastructure” for customer experience.

Girn will commence his new role in early May.