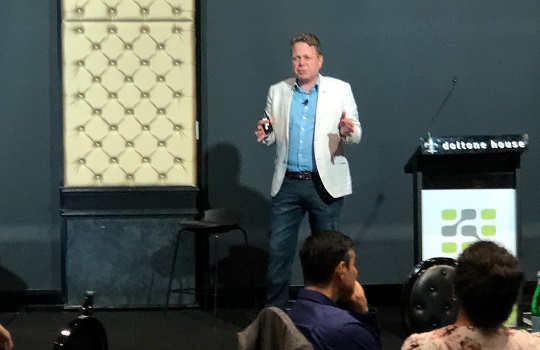 With the cost of technology acquisition dropping substantially over the last decade, financial services have developed and integrated new, state-of-art software and digital systems at breakneck pace. ANZ chief technology officer, Tim Hogarth, however, cautioned banks on an unchecked approach to tech adoption, warning that any new addition – without due consideration of a business’s existing technology mix and interdependencies between systems – creates more far problems than it could hope to solve.

Speaking at the FST Banking Summit on Wednesday, Hogarth noted that, with acquisition costs for new technologies effectively approaching “zero”, financial services have in recent years moved to “optimise” their operations and processes around adding technology.

“We’ve gone from a process of having to own a mainframe, to being able to buy a simple x86 computer, through to now getting a credit card and being able to simply rent some space in the cloud,” Hogarth said.

However, this unfettered approach to software and technology adoption can upend a delicate balance of interconnected and longstanding digital systems.

For Hogarth, one of the “biggest problems” the financial services technology industry faces today is a “misunderstanding that software or technologies are a series of components that you just buy”.

He likened today’s gung-ho approach to digital technology acquisition to that of purchasing throwaway household items.

“You pick up a couch, say, put it in the house, and if you don’t like it, you throw it out and get another one.”

However, technology cannot be seen as merely a readily disposable item, Hogarth said.

“It is more like a relationship. It’s like the people in your house – you can change those relationships, but it gets seriously complicated.”

When businesses “retire” software, Hogarth added, there is often scant regard for the “co-dependency between systems”.

This dependency remains, for Hogarth, “the single biggest impediment to change, because we don’t know what’s connected to another thing”.

“That lack of understanding around what happens when we touch this or that is the most critical problem we need to solve in the technology practitioner space. We need to have that certainty.”

“At the moment,” he said, “those clear contracts between those systems are fuzzy”.

Moreover, the inability to properly determine software provenance, for Hogarth, is a critical barrier to transformation and change.

“We all rely on a whole network of software. And software provenance isn’t well understood enough. There’s so much software that we depend upon that is vulnerable to ‘nimbleness’.”

“And particularly in large organisations, such as mine, that have spent a long time building software, that dependency – and those layers of understanding where it came from and who’s in charge of it – is a big impediment to change.”

Back to the future on cost modelling

So, what’s driven this relentless drive for new tech – despite the integration headaches it appears to cause? According to Hogarth, much can be attributed to the relative inexpensiveness of acquiring new technologies upfront, facilitated through cloud infrastructure.

The shift from a capital cost model to a “rental”, or operational expenditure, model – triggered by the transition to SaaS-based operations – has effectively removed a longstanding check on tech acquisition.

“If you divide that responsibility between those that acquire and those that operate, you end up with a tension that’s only going to end up one way as the cost of acquisition goes to zero and the cost of operation rises.

“It’s a very difficult decision going forward as to how you control that. And it boils down to an ownership responsibility.”

For Hogarth, “acquisition is not the game – ownership is the game”.

“You’ve got to own your technology and operate it for life.

“Getting a piece of software is not dating; it’s a marriage. Ultimately, what we really need to think about is how you price total cost.”

Total cost of ownership (TCO), a costing methodology devised in the 1980s and used to estimate the total price of a particular asset (including operating costs) over its entire lifespan, needs to be properly embraced, or reembraced, by the industry, according to Hogarth.

TCO is not only critical to understanding the direct financial impost of an OpEx-heavy technology ecosystem, but – by fully appreciating the costs (both direct and indirect) of a tech asset over its entire lifecycle – can help keep a check on unfettered and potentially deleterious technology acquisition.

“TCO is an important construct that we didn’t do enough of.

“And it’s hard, I know, but it doesn’t matter that it’s hard,” Hogarth stressed. “It’s more important now than ever.”