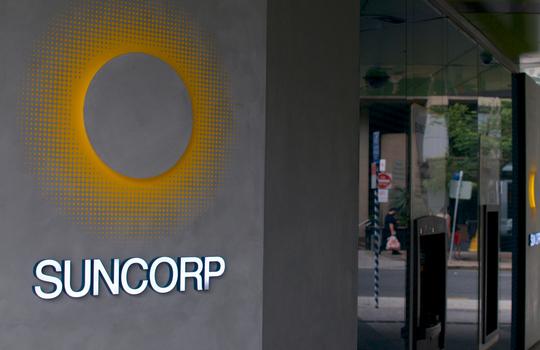 Suncorp has announced a $90 million write-down for its troubled Oracle core platform replacement while flagging an estimated $40-70 million in remediation and repair costs for its payroll systems – part of a total anticipated expense sheet of $2.7 billion over FY20.

Suncorp’s deposits and transactions portfolio, however – the group’s primary transactional banking engine – has continued to run off DXC’s Hogan while waiting years for Oracle’s core transactional module to hit “sufficient platform maturity”. This appears not to have come to pass.

According to its latest FY20 quarterly update, the group has announced it will pull the plug on the beleaguered program of works, opting instead to foot a $90 million impairment cost.

“We believe the significant risk associated with the deployment of this component in the current uncertain environment means it is increasingly unlikely that we will roll out the deposits, transactions and payments modules in the near term,” said group chief executive, Steve Johnston in a statement to the ASX.

“The current Core Banking Platform for deposits and transactions will remain our system of record, while our proven API architecture will enable us to deliver on our digital strategy, at a lower cost, and with lower risk, than a full system replacement,” he said.

At the same time, the bancassurer group admitted to having identified discrepancies in its rostering and staff accounts systems, which it suggests may have led to incorrect employee payouts. These revelations are based on an ongoing review which, Suncorp has stated, remains in its early stages.

Nevertheless, the group foresees it will need an estimated $40 to $70 million to cover the cost of remediation for “eligible employees” who may have found themselves out of pocket due to its faulty financing systems, as well as the cost of fixing processes “to prevent this happening again”.

“We have recently disclosed these matters to the Fair Work Ombudsman and are committed to working closely with her office and our independent advisor,” Johnston said.

On the insurance front, Suncorp’s Australian business’ investment portfolio took a significant hit with mark-to-market adjustments seeing a $205 million loss over the quarter, where losses may have unwound since 31 March 2020.

According to the group, Covid-19 is expected to dramatically reduce motor claims volumes due to decreased mobility during social distancing restrictions.

Suncorp also predicts a rise in the frequency and severity of loss from rental income claims; however, the group noted that it has struggled to accurately predict the impacts of these claims, citing legislative responses at federal and state levels.

Commenting further on the impacts of the coronavirus, Johnston said the pandemic has given the group an opportunity to ramp up their “execut[ion] of digital, data and automation strategies”.

“We have established partnering arrangements, a digital capability alongside capability in process improvement, automation, operational excellence and AIs,” he said.

The group reportedly was able to execute “faster and cheaper” in a crisis setting over the past month.

“Our customers have shown they are willing to interact with us digitally, with rates of self-service take-up significantly exceeding our previous expectations.

“We now need to take this into business as usual,” Johnston added.

The Suncorp chief further highlighted the group’s push for new ways of working, establishing agile delivery squads to execute digital programs across the delivery cycle, enable continuous innovation, and cull delivery time for digital initiatives by up to months.

The group’s agile approach has, it claims, already borne fruit, with a “webchat solution for claims launched within one week in March” and “new digital experiences delivered in four weeks to meet customer demand” which include “bank password reset and hire car booking”.

Going forward, Suncorp has highlighted “reshap[ing] and creat[ing] new ways of working” as a key focus to “build the organisation’s long-term sustainability”, apart from “acclerat[ing] its digital strategy” in line with changing customer needs.

Meanwhile, Suncorp’s Banking arm has flagged a $133 million blow from Covid-19 whilst also announcing the shock resignation of banking and wealth chief executive Lee Hatton just three months after stepping into the role.

In a statement, the Sydney-based executive revealed she had not fully anticipated the toll that frequent interstate travel to Brisbane would take on her family. She said the demands of commuting were proving “unsustainable”.

While Suncorp restarts its hunt for a permanent banking and wealth chief, Hatton will be replaced on an acting basis by Bruce Rush, executive general manager deposits and payments, who has held various management roles during his decade-long tenure with the group.