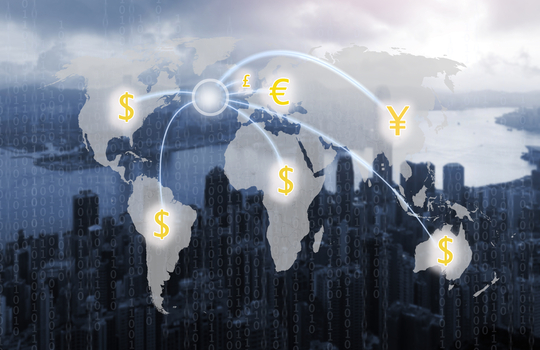 The overseer of the world’s central banks, the Bank for International Settlements (BIS), has released its latest global roadmap to enhance the cross-border payments network, putting forward “19 building blocks” to overhaul current arrangements and reduce domestic barriers, including a proposal for a new multilateral payments platform.

The BIS’s Committee on Payments and Market Infrastructures (CPMI), which heads the Bank’s global payments reform efforts, has been tasked with developing a transnational approach to address underlying friction points in existing cross-border payments infrastructure and regulations.

The release of the CPMI’s “building blocks” report marks the second phase of a three-stage framework to enhance the global cross-border payments system. The to-be-released final stage will outline the BIS’s designated roadmap for central banks and leading FSIs worldwide to guide their cross-border payments policies.

Stage one also saw the creation of a dedicated Task Force to tackle “those frictions to enhance cross-border payments for all end users globally”. Australia’s contingent for the Task Force was represented by RBA assistant governor (business services) Lindsay Boulton and the Reserve’s chief representative for Europe Michael Davies, among more than 20 other central banks.

The CPMI said its 19 building blocks offer “carefully planned and implemented changes” that would serve to mitigate the identified frictions points.

Inconsistencies in regulation, payments infrastructure and data quality were singled out as major roadblocks in the coordination of a global cross-payments regime.

The CPMI advocated the adoption of common message formats, including conversion and mapping from legacy formats and the use of Legal Entity Identifiers and common protocols for data exchange.

“[This would] directly mitigate the friction around fragmented and truncated data. It also has the potential to improve compliance processes and address data handling issues.”

In order to facilitate the flow of data, the Committee urged regulators to address tensions between domestic financial regulatory requirements and restrictions on cross-border data flows and storage.

Further, the Committee saw significant opportunity to foster better KYC information sharing, “reducing the number of silos within and across jurisdictions to prevent identity duplication”, as well as the harmonisation of API protocols for data exchange across payment infrastructures and jurisdictions.

The development of a multilateral cross-border payments platform may be one the cards, effectively superseding closed-loop payments platforms used domestically – a grand solution to address “problems inherent in legacy technologies and processes” and “long transaction chains” within certain jurisdictions.

“Unlike closed-loop systems, multilateral payment platforms do not require end-users to be a customer of one and the same PSP (payment service provider),” the report said.

It added: “With the notable exception of international card schemes, the few multilateral cross-border payment platforms that are operational or being implemented so far are limited to a certain region and usually do not offer cross-currency payments.”

Contingencies were also put forward for “stablecoin”, or pegged cryptocurrency, transactions, fostering “appropriate risk management” and “sound legal underpinning” as a basis for its use across multiple jurisdictions.

Moving on to the third stage of the roadmap, expected to be released later this year, the CPMI acknowledged further analysis and industry input will be needed “to determine the most effective ways to advance the building blocks, taking into account potential pros and cons, expected benefits and costs, and particular regional differences”.

The G20 (Group of 20) global forum, which includes Australia and maintains a key stake in the BIS, has prioritised cross-border payments reform as a principal goal of the current Presidency, held presently by Saudi Arabia.