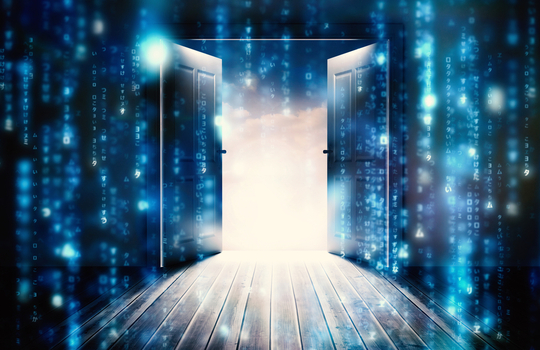 Despite customers overwhelmingly trusting major institutions to protect their data and financial assets, upwards of two-thirds of consumers fear banks “do not have their best interests at heart”, according to findings from Deloitte’s 2019 Open Banking survey.

The Open Banking: Switch or Stick? customer insights report, which surveyed consumers’ reactions to open banking, which is set for an all-industry launch in February 2020, found 65 per cent of respondents rated trust an essential criterion when sharing personal information with an organisation.

Ethical behaviour, transparency, and a clearly-communicated ‘value-add’ when sharing customer data were seen as key determinants of an institution’s trustworthiness, according to survey respondents.

“Consumers’ perceptions of a bank’s ethics – wanting to keep promises – was the number one driver in building trust and trustworthiness,” the report said.

While most APRA-regulated entities – namely regional banks, mutuals and superannuation providers – were equally trusted to safeguard customers’ money and information, just one in 10 survey respondents said they were willing to vest their trust in digital-native neobanks – a distinct challenge for the emerging digital-only challengers who have sought to pitch themselves as the ‘ethical, trustworthy alternative’ to the big four.

The neos’ low trust scores, rated on par with technology companies, appear to stem from customers’ concern over information security and privacy, as the challengers have yet to prove credible and reliable service providers to consumers, according to survey authors.

Yet, Millennials (Gen Ys) and post-Millennials (Gen Zs) were less distrustful of, and more willing to share information, with digital upstarts – take, for instance, Bendigo Bank’s digital subsidiary, Up, which gained 138,000 new customers in FY19, 80 per cent of which were Millennials.

Meanwhile, where organisations were ‘accredited third parties’ – that is, compliant with the ACCC’s data recipient guidelines for the Consumer Data Right (CDR) – the likelihood of respondents to share their personal information tripled.

To switch or not to switch?

In seeking out alternative financial product offerings, the survey revealed Millennials and post-Millennials gathered information almost twice as frequently as Boomers and Builders, typically via online comparators or ‘word of mouth’ recommendations.

Lack of brand loyalty was also a unique feature of younger, more affluent consumers. Indeed, those who switched banking service providers were likely to be Millennials, tech-savvy, highly-educated and higher income-earners.

By contrast, most people do not actively seek out alternative offerings, with 76 per cent of survey respondents maintaining their banking relationships for more than five years, indicating most customers are generally satisfied with their current banking providers.

Overall, four-fifths of respondents (81 per cent), of whom held an average of five banking products each, had not changed providers for any of their banking products over the last three years, confirming primary banking relationships remained relatively stable.

Curiously, the report found switching was typically regarded as an ‘easy’ undertaking (with mortgages being the exception), where experienced switchers found changing providers was easier than perceived.

Yet, the report’s authors acknowledged behavioural biases – such as ‘analysis paralysis’, emotional decision-making, and a status quo bias – could hinder customers from switching financial providers, regardless of their age.

Getting ahead with open banking

Going forward, the report revealed customers were more likely to switch higher value lending products, such as mortgages (17 per cent) and personal lending (19 per cent), compared to transaction accounts (nine per cent).

Better value emerged as the primary driver for switching among Millennials (93 per cent) and Gen X (88 per cent) – who typically have the largest mortgages – as well as post-Millennials (92 per cent).

After price concerns, the ability to simplify finances by consolidating accounts emerged as the second most-valued benefit among intending switchers, particularly among Millennials and post-Millennials; more feature-packed product offerings came in third.

“With open banking now just around the corner, it is important for all organisations – incumbents and challengers – to change their focus from just compliance with the CDR [consumer data right] legislation, to developing propositions that deliver value for customers,” said Robin Scarborough, Deloitte customer partner.

“However, the lack of financial and data literacy in Australia is likely one of the main impediments to consumers realising benefits from open banking,” Scarborough said.

Not only are half of all Australians below the basic threshold for financial literacy, based on a recent Deloitte study, but 70 per cent of survey respondents also remain unaware of the concept of open banking.

Addressing barriers in financial literacy and capability, considered a major impediment to individuals actively improving their financial situation, ASIC is currently developing a National Financial Capability Research Roadmap, due for release in late 2019.