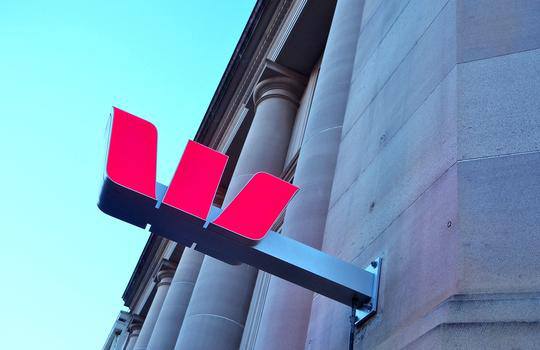 More than $1 billion will be set aside by Westpac to help manage the fallout from its alleged breaches of the AML/CTF Act, with $130 million allocated to help rejig the bank’s financial crimes monitoring program and internal systems.

The $130 million ‘AUSTRAC response plan’ will go towards improving the bank’s financial crimes monitoring and response systems, as well as further reparative support for wider industry financial crime monitoring initiatives and organisations combating child exploitation, the bank revealed in a statement to shareholders on expected losses in the lead-up to its financial results release next month.

The bulk of the billion-dollar hit ($900 million) will, however, be designated for an anticipated penalty from a civil suit launched by AUSTRAC, Australia’s financial intelligence and crimes investigation agency, resulting from the big four bank’s alleged breaches of the AML-CFT Act. All up, Westpac is expecting a total bottom-line hit of “$1,030 million after tax”.

As part of the billion-dollar reparations and response package, Westpac’s recently appointed chief executive, Peter King, announced the recruitment of an additional 200 staff to support the bank’s financial crimes monitoring and compliance mechanisms.

King stressed the need to implement “a clearer accountability regime that will speed up decision making, improve implementation and more clearly define responsibility and its associated risk management.”

An investigation by AUSTRAC last year uncovered an alleged 23 million contraventions of the Anti-Money Laundering and Counter-Terrorism Financing Act 2006 (AML-CTF Act) by Westpac, with the bank accused of failing to appropriately report, assess, and monitor ML-CF risks associated with international money transfers.

Much of the blame for the breaches was cast on Westpac’s ageing mainframe transaction monitoring system, which was found to have failed to generate mandated notice and reports (known as International Funds Transfer Instruction, or IFTI, reports) to regulators of international transactions – a process required by law under the AML-CTF Act.

According to an iTnews report, Westpac, for more than a decade, neglected to provide adequate governance and compliance supervision of its batch-based legacy AML-CTF monitoring systems.

While the vast majority of 23 million breaches were matters of simple reporting failures, not necessarily tied to illegal transactions, AUSTRAC’s investigation did unearth a number of transactions that could be linked to child abuse rings – a considerable blight on Australia’s oldest bank.

Westpac said it has been in discussions and mediation with AUSTRAC seeking agreement on a Statement of Agreed Facts and Admissions, along with a proposed penalty that could be put to the Court on a joint basis with AUSTRAC.

However, while Westpac has set aside $900 million for the anticipated payout, it admits there is still “considerable uncertainty surrounding the Court’s eventual penalty”.

“The actual penalty paid by Westpac following either a settlement and joint submission on a penalty, or a hearing, and in each case as determined by the Court, may be materially higher or lower than the provision”, Westpac said in its statement.

Westpac detailed its anticipated $1.03 billion outlay (which represents the vast bulk of the $1.4 in total provisions and write-downs) to shareholders as a lead-up to the release of its 1H20 financial results, with the bank forecasting a significant drop in cash earnings as it battles the manifold impact of economic fallout from Covid-19 as well as the civil penalties resulting from the lawsuit.

The Westpac suit follows the landmark 2018 investigation by AUSTRAC into The Commonwealth Bank’s alleged contraventions of AML-CTF Act; a subsequent civil suit by the regulator resulted in a $700 million penalty for Australia’s biggest bank. The breaches stemmed from a failure of CBA’s Intelligent Deposit Machines (IDMs), or smart ATMs, to send mandated transaction notices to regulatory authorities.

Westpac commissioned IBM-owned Promontory Group to conduct a systems audit following notice of AUSTRAC’s civil suit; however, the move has raised questions over the efficacy and objectivity of the auditing process, with the tech giant also the primary supplier of the bank’s core transaction systems.

The FMA identified the issues as part of its ongoing monitoring of the roughly 800 local businesses required to report under New Zealand’s Anti-Money Laundering and Countering Financing of Terrorism (AML/CFT) Act.