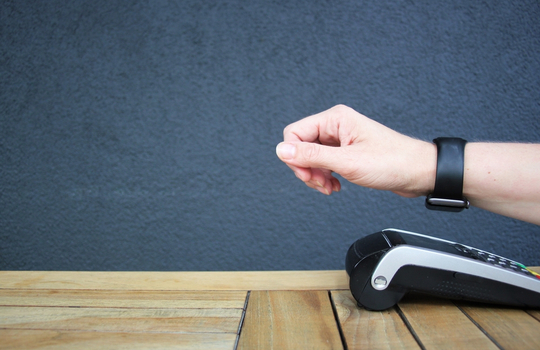 Westpac is set to release a new hands-free payment technology, collaborating with local designers to embed its payments chip within a variety of unique hands-free devices.

Dubbed ‘PayWear’, the device includes a silicone band and ‘keeper’, which can be attached to an existing watch or fitness band, containing a microchip (PayWear Card) linked to a Westpac customer’s transaction account.

Wearing the device – and without the need for a credit card – customers will be able to make purchases on all contactless ‘tap and pay’-enabled POS terminals.

With Australian boasting some of the “the highest contactless penetration rates in the world”, George Frazis, Westpac group chief executive, consumer bank, expects locals to embrace the technology swiftly.

The chip, which functions as a standalone payment device, forgoes the need for an accompanying wallet or smartphone.

“Unlike many other wearable payment options, our customers don’t require an expensive device to access this technology,” Frazis said

“With PayWear, there is no need to search through a bag, login to an app or worry about battery life. It will be on the go with our customers and ready for use when they are.”

While there was an obvious emphasis on functionality, Westpac was keen to emphasise ‘fashionability’ as a core element in PayWear’s design, according to Frazis.

Westpac has partnered with established local designers to create a range of wearable accessories to match customers’ preferences and styles.

The first Australian designer to be announced, Haydenshapes, will be commissioned to design a range of functional payment products embedded with the PayWear chip.

Though it is among Australia’s earliest adopters of wearables, Westpac is not alone in embracing the hands-free payment technology. Heritage Bank, Australia’s largest mutual bank, introduced its own wristband payment device in early October following a successful trial of the technology earlier this year.