A matter of trust: Making the case for blockchain in government 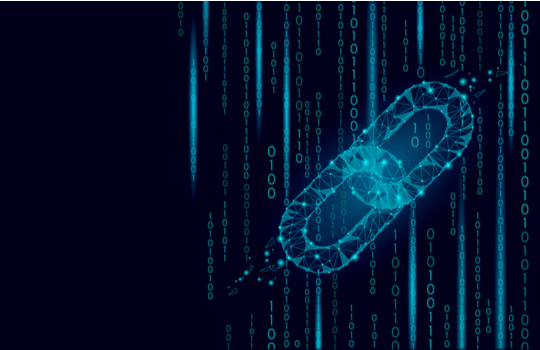 A growing cohort of disruptive start-ups has emerged in Australia’s blockchain space. But, as new and exciting use cases emerge within the public sector, how are governments embracing this technology for their own operations?

Probably best known as the underlying tech behind cryptocurrencies like Bitcoin and Ethereum, blockchain is increasingly finding uses that extend far beyond the realm of digital finance.

Also known as distributed ledger technology (DLT), blockchain is most simply defined as a secure database that ensures trusted data can be reliably stored and shared between those within a dedicated network. Being an ‘immutable ledger’, the distributed nature of the blockchain makes it nearly impossible to alter, hack or cheat the system, according to Euromoney.

Currently, however, only 0.5 per cent of the world’s population use blockchain.

The Australian Digital Transformation Agency notes that government bodies should “monitor blockchain developments, looking for opportunities to enhance service delivery that this technology may unlock in the future”.

Seeing the technology’s potential, the Federal Government launched its National Blockchain Roadmap in February last year for guidance. This was followed by the establishment of an Australian Public Sector Blockchain Network of enthusiasts across all levels of the national government to discuss, upskill and share lessons learnt about the technology.

The National Blockchain Roadmap acknowledges that DLT is not just for the financial sector (although the ASX is garnering attention with the development of its world-first blockchain-based clearing and settlement system) and emerging digital currencies. According to the Roadmap, blockchain also has innumerable use cases within supply chains, logistics, agriculture, trusted credentials, and smart contracts.

Another focus is critical minerals and food and beverage industries, particularly in tracking provenance. Last month, the Federal Government awarded $6.9 million to explore how blockchain could be deployed in those sectors, including within government, to cut regulatory compliance costs.

Brisbane-based Australian company, Civic Ledger, is a partner in a $3 million critical minerals project, led by fellow Aussie blockchain consultancy Everledger. The pair sought to investigate how DLT might be used to track critical minerals (those minerals considered vital for the economic well-being of a country) throughout their extraction and movement phases.

The project, ultimately, aims to increase competition in the critical minerals sector, creating what would be a ‘digital certification’ system for minerals as they move through the supply chain. Civic Ledger was called aboard to track and monitor specifically how water is used during minerals extraction and processing. The value of data generated in this process has become ever-present.

Reflecting on her 25 years in the public sector, Civic Ledger chief executive and co-founder Katrina Donaghy laments the efforts governments waste in collecting data that is never properly utilised.

“I could see the value of data I was generating in other government departments, but I wasn’t allowed to share it. It is still going on. Governments, through taxpayers, have spent millions of dollars on research studies and plans that sit in silos.”

“We’ve invested in this data, but it’s not machine-readable, interoperable, we can’t learn from it or get it into other supply chains or for the private sector to use,” says Donaghy.

“For decades, we’ve been hearing data is the next oil or gold. Often data is held in a proprietary system, then you’re asked for a premium to share it, and there’s no guarantee it hasn’t been changed, where its provenance comes from, the design principles behind it, or consensus to agree on its verification. Then you shove artificial intelligence into it.”

Donaghy sees blockchain as a key technology to help to solve information siloing as well as cybersecurity issues that bedevil government datasets, providing a step-change development to address key socio-economic problems, such as access to water.

“People in positions of strategy and policy in government should look at this technology to help solve some very complex problems. It’s a natural pathway for governments to think about digital transformation.”

Civic Ledger is the only Australian company in the World Economic Forum’s Technology Pioneers of 2021.

Donaghy’s Civic Ledger worked with the Australian Government some years ago under the Business Research and Innovation Initiative (BRII) in a bid to increase confidence in Australia’s water markets. The aim was to boost the transparency and reliability of water market information in the Murray-Darling Basin. By increasing water trading efficiency, the initiative hoped to improve river system management and the economic output of irrigation systems.

This led to the world’s first pilot of its blockchain water markets and trading platform – Water Ledger – adapting the business and operating rules of the Mareeba Dimbulah Water Supply Scheme. This pilot was co-funded by the CRC for Developing Northern Australia with the FNQ Growers Association and Queensland Government.

Donaghy says the blockchain platform, which is still in private beta, could provide “a mechanism to empower irrigators to self-organise their own trading rooms”.

The platform would, she adds, make it “impossible to make an illegal or dodgy [water] trade”.

“To build it, we took the regulations, water acts, business rules that sit inside the water supply scheme in the public domain, then codified them into smart contracts on blockchain, which are executed when certain conditions are met.”

“Blockchain is a very different proposition for how public sectors markets are governed and operate today – they move government into a position of oversight by establishing the rules and no longer are required to operate these markets, reducing the cost burden of regulatory compliance and increasing public confidence.”

Despite the pilot’s success, Donaghy says regulators and operators are still hesitant about the technology due to its association with cryptocurrency. So, Civic Ledger will co-fund the project with the CRC for Developing Northern Australia and other partners to ensure Water Ledger can go live early next year.

Central to the design principles of the water market is governance for access and fairness, so recognising First Nation and environmental rights to water is essential.

Before Civic Ledger was founded in September 2016, Donaghy and her soon-to-be co-founder worked for the Queensland Government to validate the idea of digitising shared public resources.

They developed and delivered a ‘proof of concept’ to track the value chain of a liquor licence community permit throughout its lifecycle.

The result was a digital (rather than paper) permit that was issued and transferred via a browser to a digital wallet. The public blockchain ledger showed proof of the transaction and that the permit was approved for issuance to an authenticated permit holder.

Associate Professor Chris Berg, co-director of the RMIT Blockchain Innovation Hub and author of 11 books on blockchain, has good and bad news about blockchain in government.

He says DLT could shrink governments’ role and demand further upskilling of public sector staff, but could also see the creation of new roles. The short-to-medium term will see much experimentation, but the real gains for governments and the public service will be “some time coming”, he says.

These gains will largely be seen – as befitting an immutable ledger – in property rights laws and legislation.

“Anywhere governments provide information about who owns what or owes what to whom, where relationships can be formalised or contracts automated, that’s where blockchain will fit in.

“A large part of what government does is provide trust – doing regulatory and legal checks against agreements, and ensuring we don’t defraud each. Blockchain is a technology to manufacture trust, and using it to provide enforcement will be a big conceptual leap for politicians and policymakers.”

“Government has to view itself as able to be disrupted like any other industry. It’s not excluded from Web 3.0 or the Fourth Industrial Revolution. It can find itself out-competed by the private sector and, in some capacities, by other countries’ governments.”

For governments to play in this space, they will need greater regulatory understanding and clarity around the use of DLT. Without this, government attempts to guide and nurture private sector innovation in this space (those crucial partners for government) will amount to little – a notable sore point for peak DLT advocacy body, Blockchain Australia.

Speaking at the first public hearing of the Senate Select Committee on Australia as a Technology and Financial Centre held last Friday, Blockchain Australia chief executive Steve Vallas said Australia could not be “accidentally successful” in blockchain – it needs the backing of government and a regulatory framework.

“We need to figure out what the rules should be. We want a graduated, fit-for-purpose regulatory framework to be developed, a ‘safe harbour’ provision to be enacted, and a working group to include regulators from across the country,” said Vallas.

“Regulators say they are engaging with industry, but that is effectively black-boxed. We hear nothing back, so we can’t say to our members where we think the regulatory perimeter is or is likely to be.”

As government dips its toe into blockchain technology for its own operations, the pressure is on to set down a regulatory framework for all.

Data sharing and trust will prove the driving themes of this blockchain narrative.