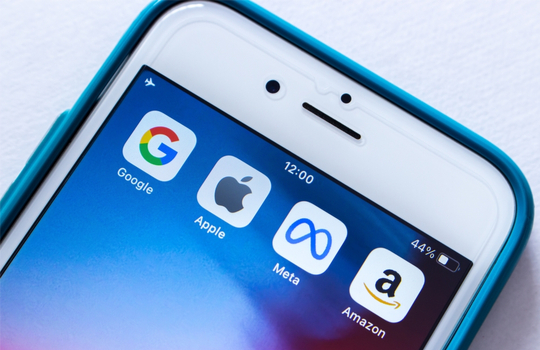 Australia’s competition and consumer watchdog, the ACCC, will consider a range of new laws to rein in potentially anti-competitive conduct and the unchecked use of consumer data by online platform services, including Facebook and Google, seeking public feedback to revise its current regulatory framework.

The public consultation on its just-released discussion paper examines whether current laws, namely the Competition and Consumer Act 2010 and Australian Consumer Law, are sufficient to address competition and consumer “harms” due to the monopolisation and resulting conduct of digital platform services.

The ACCC will also seek to determine whether “additional tools” may be needed to address concerns not covered under these existing laws in an effort to “prevent harmful conduct before it occurs”.

“Such tools,” the watchdog wrote in its discussion paper, “could be used individually or in combination to address a range of harms such as those associated with anti-competitive conduct (such as anti-competitively preferencing a platform’s own services above those of its business users), heightened barriers to entry (such as restricted access to data), bargaining imbalances, and insufficient consumer and business user protections (such as effective dispute resolution processes and protections against scams and exploitative user interfaces).”

The ACCC expressed particular concern over the “entrenched and durable nature” of digital platforms’ market power, as well as their growing “gatekeeper role” (that is, acting as a critical intermediary able to “control businesses’ access to end consumers… [therefore conferring] on them rule-making authority”) of social media sites.

This, the ACCC said, ultimately impacts consumers and business users who depend on these platforms to source information and share their content.

‘Digital platforms’ include a variety of online service providers, many of which maintain a virtual monopoly over their domains. These include search engine and search advertising provider Google, consumer smart-device developer Apple, social media giant Meta (parent company of social media platforms Facebook and Instagram), and e-commerce giant Amazon – collectively known as the ‘GAMA’.

According to the ACCC, these big techs occupy key ‘gatekeeper’ positions “for businesses seeking to reach Australian consumers”.

Similarly, Meta’s Facebook and Instagram, among the two of the most well patronised social media platforms in the Western world, remain by far the most popular social media channels for Australians, with local active user bases of around 17 million and 10 million, respectively.

However, as the ACCC stressed, any online platform providers considered to have “gatekeeper status” will be considered as part of its review.

As part of its response to the Digital Platforms Inquiry Final Report, the Federal Government is currently reviewing changes to the Privacy Act 1988 (Cth) to address specific privacy concerns for digital platform consumers.

The ACCC, however, hastened to stress that consumer harms associated with social media and other digital platforms often extend beyond privacy concerns – hence why it is considering additional tools to prevent “harmful conduct”.

The discussion paper also follows on from the recent passing of the News Media and Digital Platforms Mandatory Bargaining Code, led by the ACCC, to address bargaining power imbalances between Australian news media businesses and digital platforms. The legislation, which was passed on 25 February 2021, is currently under scheduled review by the Government.

Public submissions on the ACCC’s Digital Platform Services Inquiry discussion paper can be made until 1 April 2022.