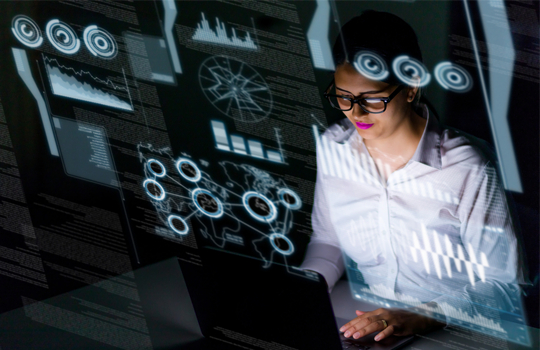 Success in digital transformation programs will largely depend on the ability to hire and upskill data literate and agile people that are able to work not only across a range of datasets but also ‘big picture’ architectures, equipping them with the skills and knowhow to build the next generation public services, say panellists at the FST Government Queensland 2022 conference.

Panellist Sarah Goswami, chief economist and director, Industry Analytics and Systems, Department of Agriculture and Fisheries, said the public sector is in hot pursuit of flexibility skilled data specialists – individuals not only with a broad range of data analytics skills, but also those that are able to see the “bigger picture” around data architecture.

For Goswami, agility is a key talent differentiator for new data hires.

However, she stressed, with persistent talent shortages decimating hiring pools, governments will need to make better use of their existing resources, upskilling and boosting data literacy across their workforces.

“We can bring in people, but we cannot bring them in as fast as we would like,” she conceded.

However, she drew a distinction between the act of simply processing data and that of interpreting data to create actionable information assets for senior decision-makers.

“Computers are really good with data but I, as a human, am better at consuming the information,” she said.

“Where I see the opportunity at the moment is [in using] data to create actual information that is consumable at the executive levels of the organisation and that gives us the ability to take an action or make a decision based on information.”

Government, Lungton added, should also expect that a single piece of data can answer more than just one question and, moreover, “help solve more than one problem”. For governments with what should be highly related and ‘interconnectable’ datasets, it would be folly to regard data as simply a single-use proposition.

“Reusing data and information, not just within the four walls of your own organisation but across multiple departments and multiple levels of government, is a massive opportunity for commercial efficiencies as well as service delivery.”

Data, the speakers noted, should empower public agencies to not just act on “feeling” but to make “fact-based” decisions that ultimately define the functions and purposes of the organisation.

This will not only help to improve agencies’ efficiency, but also the delivery and shape of citizen services – for instance, in boosting cybersecurity posture, better managing capacity constraints, and improving crisis management.

Effective collaboration between governments and stakeholders is also critical to ensuring that public agencies can utilise data to its maximum potential.

Goswami called on government agencies to improve data governance processes, not only to increase the usability, accessibility and protection of data, but also to engender greater trust between government and its stakeholders, among the most notable of which are citizens.

Governments will yield the most by establishing a quid pro quo data-sharing arrangement with stakeholders.

“We need a bit of two-way sharing of this data [between government and stakeholders]: ‘You give me something and, in return, here is what I can do with your data. From your individual dataset, we, as government, have the visibility to aggregate and give you further insight.”

For Lugton, a strong data governance framework will ensure stakeholders have confidence and “enable controlled sharing and access to data”.

“Whether we are talking about internal data visibility inside your own organisation or how we use that data to empower and deliver citizen services for appropriate agencies, it is absolutely critical to earning the trust of people who stand to benefit the most.”