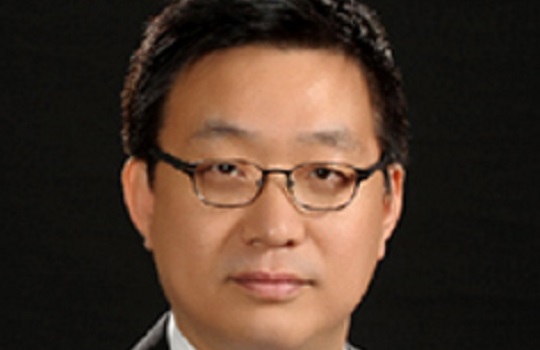 ‘Collaboration happens when it brings substantial benefits to all parties. One of the best ways to make that happen is to reduce the uncertainty and costs of collaboration.’

FST Gov: As Master Planner for the Smart City of Busan, you’ve been instrumental in developing this traditional port metropolis into an interconnected, IoT-enabled ‘smart’ hub. What will be your focus over the next six to 12 months as the Smart Cities project rolls out?

Jong-Sung: Busan National Pilot Smart City is scheduled to open – or will begin to move in – in the latter half of 2021. We have finalised the master plan, which, at the end of last year, defined goals and tasks with priority.

During the next six to 12 months, we will focus on making detailed plans for each task and laying out institutional and technical foundations. On top of that, we are going to build a roughly 10,000m2 Busan Smart City lab, which will showcase our concept of a future Smart City and provide a realistic environment for the development of technology and services.

FST Gov: What is the role of the Smart City in catalysing a creative economy, driving growth and improving a city’s competitive edge?

Jong-Sung: One of the important roles that the Smart City will play is to enable people to use smart technologies. Without Smart City infrastructure, it will be difficult to use many smart technologies such as autonomous cars, drones, and robots. Only those cities that have successfully transformed themselves into a Smart City can create grounds for a creative economy.

FST Gov: How can progressive ‘digitisation’ of cities better serve its citizens?

Jong-Sung: There are several stages of service development that this Smart City will bring about, which can be roughly divided into three stages. The first stage is to solve city problems and increase the efficiency of city operations; the second is to innovate city services, providing services in a way that was thought not possible before; the third and most advanced stage is to augment people, empowering people with the ability to do things they were not able to do before.

The Busan pilot city aims to augment people physically with the use of robotics, and to augment people intelligently with spatial computing, such as AR/VR (augmented reality/virtual reality). Busan will be the first smart city that aims to create an ‘augmented’ society.

FST Gov: What do you consider to be the greatest achievement of the project so far?

Jong-Sung: Our Smart City keeps changing all the time: it will be different from time to time and from place to place. We have tried to develop a new type of Smart City best suited for Korea over the next five to ten years. As a pioneer, it could be used as a reference for any city developing its own Smart City model.

FST Gov: Collaboration and cooperation is the fuel of innovation within any city. How can we better collaborate with communities, industry and other important stakeholders to create the cities of the future?

Jong-Sung: Collaboration happens when it brings substantial benefits to all parties. One of the best ways to make that happen is to reduce the uncertainty and costs of collaboration. Busan’s strategy for that is to take on a ‘Smart City-as-a-platform’ approach. Busan Smart City will build and provide common infrastructures – technological and institutional – needed for most Smart City services, and promote collaborations between community, industry, and other important stakeholders.

Jong-Sung Hwang will be a keynote speaker at the FST Government New South Wales conference on 29 May. Register now to secure your place!