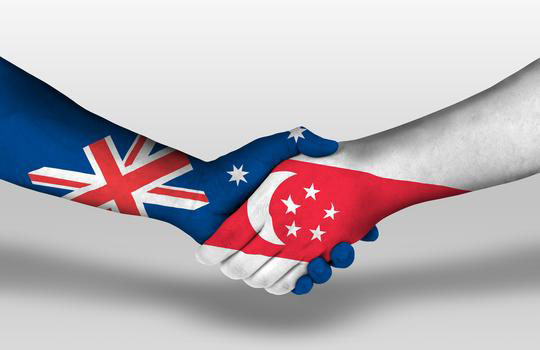 The Australian Government has secured a Digital Trade Agreement with Singapore, with provisions to support e-invoicing, identity management, and common protocols for trade.

The Digital Trade Agreement was signed during a video conference between the Prime Ministers Scott Morrison and Lee Hsien Loong, with leaders adhering to social distancing protocols in place as a result of the Covid-19 pandemic.

Among several cross-agency pilot projects already on the cards include the creation of transnational business bank accounts and systems to streamline the visa application process using digital IDs.

Under other MoUs, the Australian Taxation Office will work with Singapore’s Infocomm Media Development Authority to ease the transmission of business documents, including e-invoicing.

A common e-invoicing framework is also being explored, making the exchange and processing of invoices much faster. Future e-invoicing standards will be built around common protocols, enabling businesses to speak the same language.

Singapore is Australia’s fifth-largest investor, with upwards of $85 billion worth in investments. Trade between Australia and Singapore currently runs at more than $23 billion.

The Digital Trade Agreement will undergo legal processes before sign-off and publication later this year.

“This [agreement] will make it easier for Australian business to connect with the rising number of Singaporean business and consumers now engaged in cross-border digital commerce, Birmingham said.

Future collaboration initiatives will deliver practical improvements in terms of lowering costs and increasing the efficiency of doing business, he added.

This is supported by paperless transactions and the electronic certification of exports.

“By outlining new rules of engagement, cross-border invoicing and e-payments will be easier, at the same time, better protecting personal information and consumer rights.”