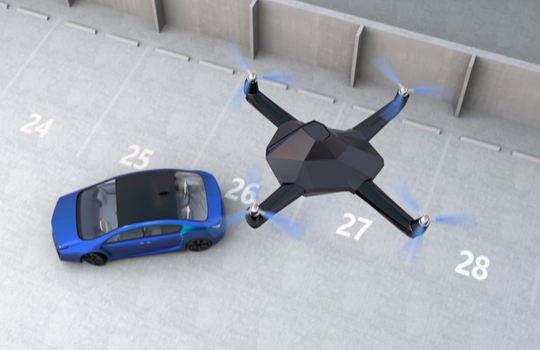 A motley team of Australian technology firms has claimed victory at the Consensus Blockchain Technology Summit, an industry hackathon hosted in New York, developing a ‘data-capturing drone’ for insurers.

The Australian team – consisting of members from NSW-based technology firms Block8, AgriDigital and Veredictum – was judged to have the “highest potential for commercialisation”, according to the adjudicating panel.

The Consensus hackathon, held last May, required teams to develop an application, utilising blockchain technology, to solve safety concerns in a future dominated by autonomous vehicles.

The team’s concept – a drone tasked with gathering data from vehicle accidents and reporting directly back to insurance claims handlers – impressed the panel of judges drawn from global technology power-players, including IBM and Microsoft.

“We wanted to show the community what the Australian blockchain scene has to offer, and how this game-changing technology could be used in tomorrow’s smart city,” said Tim Bass, Block8 Technologies co-founder.

“We knew our traffic system would require a high throughput solution with near real-time functionality, and therefore would push the limits of blockchain technology. It was great to work with such a talented team of developers and demonstrate our tech on the world stage.”

The NSW Department of Industry, in partnership with Austrade, were co-sponsors of the Australian delegation attending the event.