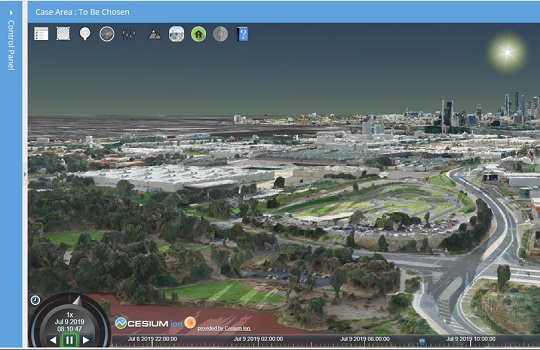 A first for Victoria, the project, to be headed by the University of Melbourne’s Centre for Spatial Data Infrastructures and Land Administration (CSDILA), will collaborate with various industry and research bodies to collect, manage, and visualise complex digital information on cities and infrastructures. CSDILA’s first assignment will be to digitally map the Fishermans Bend area – a 1.5km2 (480 hectare) precinct directly adjacent to Melbourne’s CBD, considered Australia’s largest urban renewal area.

A ‘digital twin’, as the name suggests, creates a digital replica of a physical entity – which may comprise of anything from HVAC systems and aircraft engines to entire countries and dense urban areas.

By embedding surveyed environments with IoT sensors, digital twins can also function as ‘living’ simulations of their physical counterparts – for instance, providing live feeds of traffic movements and even tracking real-time demand for utilities, such as water and electricity.

The project will give planning and administrative authorities a dynamic tool to address urban renewal and city planning initiatives, as well as a supporting structure to help digitise land registers.

Victoria’s Digital Twin project will provide a 4D model of the design and condition of physical infrastructure, including legal boundaries, located both above and below ground.

NSW’s Department of Finance, Services and Innovation (DFSI), in a similar scheme, earlier this year announced an ambitious plan to map the entirety of the state, upgrading spatial data from the existing 2D models to 3D/4D models that integrate live transport feeds and infrastructure simulation models.

Director of CSDILA, Professor Abbas Rajabifard, said the geospatial innovations and capabilities stemming from the Fishermans Bend project will “enhance Victoria’s liveability and Melbourne’s goals as a smart and sustainable city”.

“By leveraging CSDILA’s capabilities and technical resources, the Fishermans Bend project will establish and promote a more responsible approach to urban renewal and precinct planning activities and will act as a live testbed to maximise sustainable outcomes for all. It is one step closer to the realisation of the United Nations Sustainable Development Goals in Australia,” CSDILA said in a statement.

Since 2012, Fishermans Bend, which lies just one kilometre north of the Melbourne CBD, has been designated as a major urban renewal area, with upwards of $30 billion expected to be invested in reconstruction as well as a plan to house 80,000 residents between now and 2050.