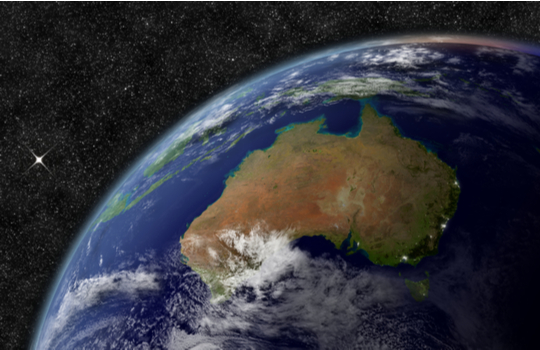 Governments across Australia have set forth a groundswell of innovation in ‘NewSpace’ (the private aerospace industry), creating dedicated space hubs that have not only benefitted global aerospace giants but also local start-ups and innovative SMEs. Yet, challenges remain in getting the local space sector off the ground.

The nation’s domestic space industry was estimated to be worth $4 billion in 2020, involving 770 Australian entities.

The Australian Space Agency, established just three years ago, expects the industry’s value to triple by 2030. By that time, governments may even be conducting their censuses from space, according to a report by professional services consultancy, KPMG.

The Federal Government has earmarked space as one of its six modern manufacturing priorities, among medical production, tech and critical minerals processing, and recycling and clean energy.

States and territories have inked numerous deals to nurture workforce capability for the space start-up ecosystem and industry. A $2.1 million National Space Industry Hub will be built in NSW, reportedly home to just over a third of Australia’s space start-ups. It follows a $1.4 million pledge by the NSW Government to set up its dedicated Space Research Network.

That sounds promising, but there are some shortfalls, including resourcing and upskilling.

The Australian spaced industry’s focus has so far been on creating smaller, lighter, cheaper technologies for repurposing into ‘off-the-shelf’ components, says Dr Cassandra Steer, a Mission Specialist at the Australian National University’s Institute for Space.

“People think of the space sector as only having to do with launching satellites. But there’s so much more to space, including what Australia is doing in world-class, ground-breaking areas in earth observation, tracking objects in space and quantum communication,” Steer says.

However, our space industry is lagging, according to Steer, with Australia now “playing an enormous catchup game”.

“Space is now accessible to so many countries and companies, and that’s changed the cost and politics of space. It’s a highly congested, contested, and competitive space.”

Finding that speck of innovation

Around 6,000 satellites currently orbit the earth; however, with many now defunct, fewer than half of these satellites (around 2,700) are currently operational. Around 990 satellites are added into this mix each year, according to the World Education Forum, increasingly for ground-based communications services.

These satellites sit within a growing band of space debris, estimated to be around 128 million separate pieces; much of which comes from discarded rockets. Travelling at between eight and 10 kilometres per second, even a tiny fleck of paint could prove lethal to any one of these satellites.

This speck-sized peril is, however, providing a prime business opportunity – an opportunity being nurtured through the South Australian Government’s, and the nation’s first, space-dedicated incubator program.

A new cohort of start-ups began their six-month program in March this year at the University of South Australia’s Innovation & Collaboration Centre (ICC). Last year, nine* start-ups took part, among which in Digantara, a ‘space junk’ tracker founded in India – also an emerging space power.

Digantara is among nine start-ups within the Venture Catalyst Space Program. The company is working on a group of satellites to track orbital debris, creating predictive models for traffic management in space. It has already registered a patent for the technology in India, where its founders are based.

“We’re setting up space surveillance, processing and cataloguing the data we get to generate space situational awareness to avoid collisions up to 24 hours ahead of time.”

According to Sharma, Digantara tracks objects in space much like we make weather predictions on earth.

Having secured $2.5 million in seed funding, Digantara is next year set to launch around 40 satellites into space to collect crucial data for its operations. The three-year-old start-up also offers mission and operational management, which covers what happens after rockets and satellites are launched.

South Australia has undoubtedly become the country’s most lively hub for space industry endeavours, garnering significant investments from both Federal and state governments.

Sharma says the ICC program helped “bring visibility for [his] company in the Australian space ecosystem”, giving his team direct access to government and local stakeholders.

“Unlike [the] US or Europe, Australia’s space ecosystem is growing right now, so for us to become a global company, we want to attract talent from Australia to help us set up operations in this country,” he says.

The space industry is one of nine South Australian Government growth areas – and one that was already developing rapidly before the release last year of that state’s space sector strategy. The local industry is gaining momentum, says the ICC’s associate director Jasmine Vreugdenburg.

“Most of the start-up founders in our program have the tech skills to drive innovation, but we’re focusing on building their business, leadership, and commercialisation skills [to] be the next generation of employers,” she says.

Another ICC start-up, Adelaide-based Firefly Biotech, is looking to the skies to investigate tools to measure the effects of microgravity on wound healing and cancer medications. Dr Giles Kirby founded this unique start-up last year.

“Microgravity means different cancers can grow faster, and the immune system can be suppressed. These are changes we don’t see because we have sent healthy astronauts into space. But as we send everyday people to live and work in space, we need to understand the effects,” he says.

Running tests in space is too cost-prohibitive, so Kirby is using an Earth-based microgravity machine to mimic astral conditions. He is bootstrapping – that is, self-funding – his research to develop a platform using open-source code and will build digital tools to commercialise ‘space medicine’ testing.

“There’s a good level of support for space startups [in Australia], so I can see good things on the horizon as long as the strategic investment continues,” Kirby says.

A crowded space for action

The ICC’s Vreugdenburg notes that South Australia is host to more than 80 space-related organisations, which collectively have enjoyed around 65 per cent compounded growth over the past three years.

Among those based in South Australia include the SmartSat Cooperative Research Centre, the Australian Space Forum, the headquarters of the Federal Government’s Space Agency, Australian Space Discovery Centre, Mission Control Centre, and key aerospace industry players such as Lockheed Martin, and Boeing.

“Space is not a large part of the business ecosystem when you compare it to agriculture and mining, but South Australia is experiencing rapid growth in the sector, attracting emerging space companies and international players to establish key operations in the state,” says Lovett.

“This investment is creating a vibrant entrepreneurial ecosystem that is growing capability, facilitating collaboration and building on the opportunities of NewSpace to ensure our state’s space industry journey continues its upward trajectory.”

According to the ANU’s Steer, the local sector has provided fertile ground for the development of space-related infrastructure, including telecommunications technologies, satellites, bushfire monitoring, weather and climate tracking, deep space research, plus defence and security.

Despite the plethora of space strategies, agencies, and hubs emerging across the country – as well as some healthy competition between states – Australia does, nevertheless, appear to lack an overarching national space policy.

For Steer, governments have significantly more work to do in nurturing and supporting this burgeoning industry.

“The space agency is so deploringly under-resourced,” she says. “Everyone there is working more than one job. They need significantly more funding and more personnel with expertise.”

Moreover, Steer adds, the Australian Government’s dedicated Space Coordination Committee, which invites representatives from each state and territories’ industry, has no regularly scheduled meeting, only coming together when there is a specific issue to address.

She has also called for public servants to be upskilled in space literacy to better appreciate the sector’s technological and geopolitical developments, particularly from a local perspective.

“Australia has different regional interests, so must understand economic interests and space capabilities and the budgets needed to build around that.

We should not, she cautions, simply “copy and paste a narrative about space from another country”.

“We can’t just say we’re going to be a bigger space player if we don’t understand tensions already in play and our commitment to the United Nations on responsible behaviour in space.

“It could be a huge misstep if our defence space strategy and the funding for the civil space sector don’t take that into consideration.”