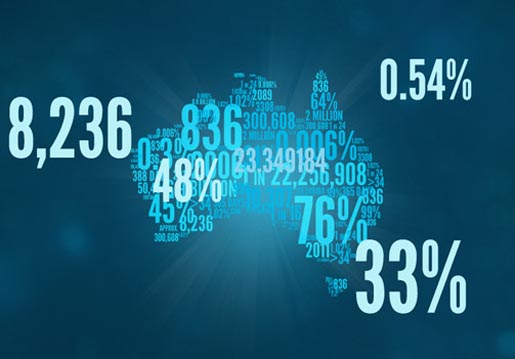 The Australian Bureau of Statistics (ABS), which conducts the quinquennial national census, has confirmed PwC Australia will be enlisted to build and operate the online survey. This includes an online form and website to be hosted on AWS servers, as well as added online assistance feature to help individuals complete the survey.

AWS was a deliberate choice for the ABS, having been awarded protected certification by the Federal Government’s Australian Cyber Security Centre (ACSC) in January 2019. The accreditation gives AWS permission to store and process sensitive data at the protected security classification level.

Acting ABS Deputy Statistician Chris Libreri acknowledged the sensitive nature of data uploaded for the national survey and the need to assure the public of the ABS’s commitment to protecting their information.

“Keeping people’s information secure and confidential is the highest priority for the ABS. It was a key factor in the digital services selection process and a critical consideration in the design of Census activities,” he said.

The ABS and PwC Australia will work alongside Federal agencies, including the Australian Cyber Security Centre and the Digital Transformation Agency, to build out “a secure solution that manages the high demand anticipated for 2021 Census,” the ABS said in a statement.

The nation’s last census, conducted in 2016, faced scathing criticism after it was exposed to multiple Distributed Denial of Service (DDoS) attacks, resulting in the census site crashing and remaining inaccessible to the public.

Thousands of individuals were ultimately prevented from taking part in the last census, with the ABS casting blame on service provider IBM, with the tech giant lambasted for its failure to enforce adequate protective measures against DDoS attacks.

A senate inquiry into the 2016 census site crash revealed IBM’s contract with the ABS required the company to put in place measures to mitigate the risk of DDoS attacks.

“During 2016, the ABS had sought and received various assurances from IBM about operational preparedness and resilience to DDoS attacks,” it stated.

Despite this, nearly five million (over 63 per cent) of submissions were made online; the remaining 3.5 million were reportedly submitted via paper forms.

Libreri expects that while an even larger majority of people will complete the next census online, the ABS has ensured that it will have adequate field staff to maximise participation in the survey via either the paper or electronic method.

More than 58 per cent of the household forms from the 2016 Census were submitted online, with 4.9 million online forms received, 2.2 million more than in 2011.