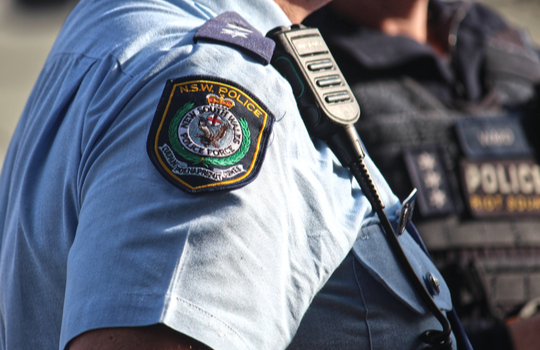 COPS, designed to record, review and manage all criminal cases logged by the NSW Police Force, was deemed “limited” in its capacity to effectively manage domestic and family violence cases, burdened, the auditor said, by “onerous data entry requirements” that ultimately reduce the time police can dedicate to pressing front-line duties.

Police, the auditor noted, are required to enter the same information in multiple screens before they can progress through the system – “a duplicative and time-consuming” process.

Further, the system does not appear to be particularly intuitive nor able to effectively link related cases – a challenge for investigating officers, particularly considering that an offender’s prior history of DV is strongly correlated with future offences.

“COPS is single event-oriented,” the auditor noted. “To identify whether individuals have been involved in prior domestic and family violence events, police must manually search through narrative summaries associated with other events.”

While a system upgrade between 2019 and 2020 introduced an improved search facility, providing, the auditor said, “prompt display” of an individual’s prior involvement with domestic violence, the upgrade was found nevertheless to have some critical shortcomings.

For instance, the system still lacks an automated alert feature to identify connections between events or individuals, requiring officers “to manually scroll and search for relational aspects or patterns of domestic and family violence behaviours in lengthy narrative summaries”.

The COPS database holds more than 40 million records, accessible by any one of the state’s 15,500 police officers.

While the 28-year-old COPS has been earmarked for replacement – with the NSW Police early last year confirming a deal with US public safety software developer Mark43 to overhaul the platform with a new cloud-based integrated policing operating system (IPOS) – this new system remains at least for years away from an official launch.

Once deployed, however, IPOS could see at least a 15 to 20 per cent reduction in the time taken to record domestic and family violence incidents, the auditor said.

To make up for the shortcomings of COPS, the auditor urged developers of the new IPOS to ensure the new system can effectively display, with alerts, relational aspects of domestic and family violence events.

NSW Police Force confirmed to the auditor that activity to add domestic and family violence functionality to IPOS will commence in phase two, which is due for implementation in June 2025.

The auditor also recognised an opportunity to expand NSW Police’s Capacity Planning for Policing tool, which assesses the distribution of the police workforce against incident dispatches by crime type alongside other workload metrics.

NSW Police, the auditor wrote, currently “lacks accurate data to assess whether the distribution of specialist personnel is adequate in number to support workload volumes across the different local commands”.

“There is potential for the NSW Police Force to use this tool to take a more proactive approach to domestic and family violence workforce planning,” the auditor wrote.

“This could include enhanced monitoring and reporting of the domestic and family violence incident dispatches in each local command, and the levels of domestic violence specialist staff in these commands.

“Enhanced data reporting will assist local commanders to assess their staffing levels against crime statistics, compare to commands with similar activity levels, and ensure that staffing allocations are appropriate for workload demands.”

Domestic violence cases and severity have reportedly increased across the country since the start of the Covid pandemic, with a survey by the Australian Institute of Criminology revealing that nearly one in 10 Australian women in a relationship had experienced domestic violence during the coronavirus crisis.