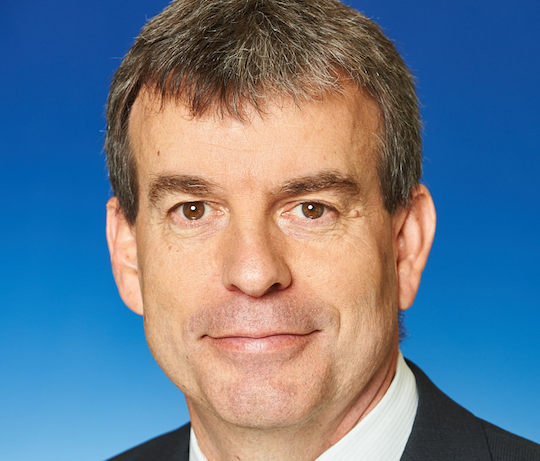 “Where I see great opportunity to diversify our economy and create jobs is in the innovation and ICT sector. The McGowan Government went to the election with a Plan for Jobs that included supporting an innovation economy, right here in WA.”

FST Media: Tell us a little about your appointment to the ICT/Innovation portfolio. What areas of digital innovation hold a particular interest for you?

Minister Kelly: Our world is increasingly being shaped by new innovative technologies and, unlike the previous government, the McGowan Labor Government is interested in seeking out opportunities in this exciting industry. This is why I am incredibly privileged and excited to be appointed WA’s very first Minister for Innovation and ICT.

Developing an innovation economy in WA is an important opportunity for us to create the jobs of the future and to diversify our economy. I’m interested in creating and supporting jobs of the future, providing better service delivery for Western Australians, ensuring the public sector improves cybersecurity practices and reducing costs to government by delivering more efficient ICT infrastructure.

FST Media: As mentioned, you have taken on the state’s first dedicated ICT portfolio. Why has ICT and digital innovation assumed a greater priority for the WA Labor government?

Where I see great opportunity to diversify our economy and create jobs is in the innovation and ICT sector. The McGowan Government went to the election with a Plan for Jobs that included supporting an innovation economy, right here in WA.

Since forming government, we have been getting on with the job and delivering on election commitments in this space. We have appointed WA’s first Innovation and ICT Minister, established a STEM advisory panel to develop a State STEM strategy and created a $16.7 million New Industries Fund that will support and accelerate new and emerging business in the Startup sector.

Minister Kelly: In May 2017, just weeks after our election to government, the ‘WannaCry’ malware outbreak affected an estimated 200,000 computers across 150 countries worldwide. This was then followed shortly after by another major cybersecurity attack from the ‘Petya’ ransomware, affecting businesses and governments around the world.

These ongoing attacks demonstrated the seriousness of the situation to me and the importance of ensuring WA Government agencies are on the front foot in preventing attacks.

For eight years, the previous Liberal National Government failed to address damning Auditor General reports which demonstrated many government agencies did not meet the expected standard for information security and business continuity. Unlike the previous government, the McGowan Government understands the rising threat cybersecurity attacks pose to the public sector and community, and are working with government agencies to address them. We are serious about safeguarding Western Australians’ personal information.

To achieve real change across the public sector, it is important we take a whole-of-government approach. In June, we released an updated ICT security policy that included tools and support for government departments and agencies to improve their cybersecurity practices. This was reinforced by the Premier who wrote to all Ministers to discuss the implementation of the updated cybersecurity policy. I then also hosted a briefing with all heads of Departments and agencies about the importance of cybersecurity.

As part of the McGowan Government’s election commitment to reduce the number of government departments and agencies by 40 per cent, we are currently carrying out a Public Sector Renewal program. This involves merging departments and agencies together to break down silos and cut red tape. The program also presents us with a unique opportunity for the public sector to work collaboratively and build capabilities to deal with the evolving threat of ICT security breaches.

FST Media: Beyond cybersecurity, what are your other priorities in the ICT/digital innovation space?

Minister Kelly: If we want to drive an innovation economy for the WA, I think it is important the State Government leads by example. With that in mind, the McGowan Government has commissioned a Service Priority Review, which has been tasked with looking into an outcomes-driven strategic public sector, and better, more affordable services.

This review delivered its interim report in August, and ICT and digital innovation are threaded throughout the findings. Delivering better services through digital transformation, and linking data and sharing information for better outcomes, are two items specifically identified. I’m looking forward to driving those outcomes across government.

Innovation and ICT features as one of the priorities in the McGowan Government’s plan for jobs. We understand that we need to prepare young people for 21st Century jobs and retrain our workforce to meet future workforce demands, this is why we have established a STEM Advisory panel and committed significant resources for science in WA schools.

I’ve tasked the STEM advisory panel with developing a State STEM strategy, which will initially map Western Australia’s STEM workforce. It will then identify STEM growth industries with a vision to grow the local workforce.

This year’s budget also included $17 million to establish and resource science labs at 200 public schools, and another $2 million to support the integration of coding into the WA curriculum.

The McGowan Government is also working with those currently in the industry or wishing to break into it. We have created a New Industries Fund, which includes an allocation of $16.7 million to support the technology and startup sectors.

FST Media: Prior to the 2017 state election, then opposition leader (now Premier) Mark McGowan declared WA “woefully behind the other states … [in] government IT policy”. In your opinion, how had the Barnett government failed to address ICT effectively? What key challenge does the current government face in bringing WA’s IT agenda up-to-speed with the other states?

Minister Kelly: I think, ultimately, the Barnett Government just didn’t understand the importance of ICT. Until they established the Office of the GCIO towards the end of their term, and even then they only funded it for three years; the previous government had vacated the field in terms of addressing ICT in any meaningful way.

This had various manifestations, like the poor capability and maturity in important areas such as information security and business continuity, project overruns like Fiona Stanley due to ICT, and leaving us lagging behind other jurisdictions in areas like digital services.

The key challenges we face are a tightly constrained budget due to the record debt of the previous government, and a public sector ICT workforce that has been outsourced instead of supported. Building the capability of the public sector to deliver on the needs of the community in a digital age is an important challenge that will take time to address.

FST Media: The previous Minister for Innovation, Bill Marmion, promised to deliver 75 per cent of government-related public transactions online by 2020. Does the McGowan government also commit to delivering on this target?

Minister Kelly: The Service Priority Review includes both whole-of-sector key performance indicators, and a whole-of-government digital strategy within its terms of reference. We’ll be waiting for the final outcomes of this review, which we’re expecting in October 2017, before we make any commitments to whole-of-sector targets in this area.

FST Media: The NSW and Victoria governments recently announced the establishment of ‘innovation hubs’ to be built in Sydney and Melbourne respectively. Does the WA Government have any plans afoot to deliver similar innovation projects?

Our local talent and infrastructure assets shouldn’t be underestimated. We have world-leading researchers and industry capability in a range of technology, science, engineering and medical disciplines.

We have the Pawsey Supercomputer and the Square Kilometre Array. There’s also currently a new fibre link under construction between WA and Singapore, with potentially another not far behind – these will open up high-speed, high-bandwidth connectivity direct to the hubs of the Asian economy.

The McGowan Government has created a $16.7m New Industries Fund, and is committed to the creation of Innovation Hubs across the state. We’re working to develop an approach for these two commitments that will support us in capitalising on these assets and ensuring the WA economy remains robust and diverse into the future.

FST Media: Are there any particular digital initiatives – whether here or abroad – that have inspired the WA government’s ICT agenda?

Minister Kelly: I don’t think it’s unfair to say that under the previous government WA fell behind other jurisdictions in this space, but that means that McGowan Government has the opportunity to learn from others who have gone before us. There is a range of different approaches being tried across Australia and around the world. We are looking to learn from the experiences of others – positive or otherwise – so we can get Western Australia ahead of the pack as quickly as possible.