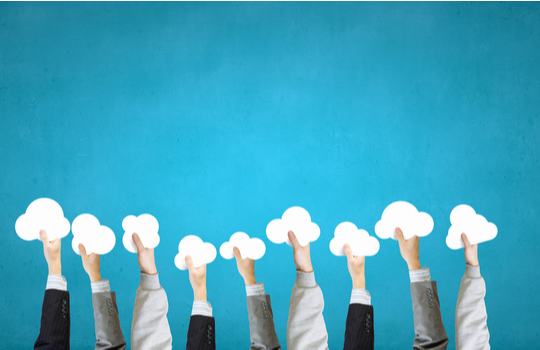 The DTA, which oversees much of the Federal Government’s IT procurement activities, notes that, to date, more than 300 providers have been approved as “cloud-capable sellers”, including a host of domestic and global small-to-medium enterprises (SME) and start-ups.

The government’s now-expired Cloud Services Panel, established in 2015 by the Department of Finance, had relied primarily on the NIST’s 2011 lapsed definition of ‘cloud services’, mainly comprised of three service models: IaaS, PaaS and SaaS.

In contrast to the previous panel, the DTA’s Cloud Marketplace was established to cover a broader range of cloud-based offerings (including ‘anything-as-a-service’ or XaaS) whilst also aligning with evolving vendor licencing models and security frameworks.

In July 2020, the DTA, alongside the Australian Cyber Security Centre (ACSC), released new Cloud Security Guidelines for all sectors, including government, designed to promote better risk-informed decision-making on data security in the cloud.

“As cloud technology continues to expand and evolve, appointed sellers will be able to showcase their capabilities and update their service offerings. The Cloud Marketplace will also be refreshed regularly for new sellers to join,” the DTA said in a recent statement.

Buyers (i.e. government agencies) are able to access the new marketplace through the DTA’s ICT Procurement Panel, as well as through the agency’s other panels and marketplaces.

Initially slated for launch in July 2020, the Cloud Marketplace rollout was delayed twice – once in February 2020 in response to market feedback and again in May due to the Covid-19 outbreak.

Last February, based on stakeholder input, the DTA said that more work would be required to “simplify the scope” of the marketplace and “align more closely with the value-for-money assessment the Commonwealth Procurement Rules require”.

In line with the Commonwealth’s value-for-money rule, DTA noted that changes to cloud licensing structures offered great potential for government agencies to drive down costs and achieve maximum ROI from cloud services.

A Request for Tender (RFT) was later released in May 2020 for vendors to participate in the Cloud Marketplace; to streamline procurement, existing cloud vendors on the then-active Cloud Services Panel were also made to reapply.

The DTA will be holding training and information sessions on 19-20 April 2021 to showcase new marketplace functionalities and take user questions; public sector employees involved in cloud procurement are highly encouraged to attend.