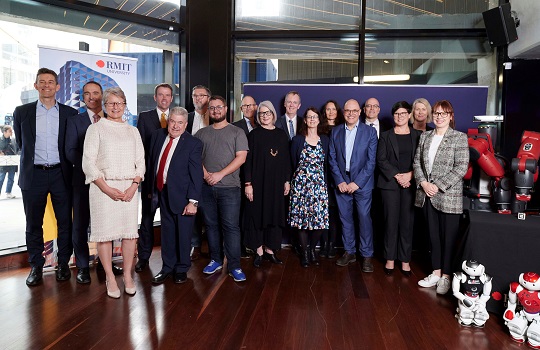 A world-first research centre will be established in Melbourne to investigate responsible, ethical and inclusive automated decision-making, following a $31.8 million grant from the Federal Government.

To be hosted at Melbourne’s RMIT University, the Australian Research Council (ARC) Centre of Excellence for Automated Decision-Making and Society will bring together researchers from eight Australian universities and 22 partner organisations across the globe, under the leadership of RMIT Professor Julian Thomas.

“[Automated decision-making] technology has great potential to transform the efficiency of industry, as well as public and private services,” Tehan said, referring to self-driving cars and algorithms used to make medical diagnoses and business decisions.

“However, as with all technology, it is prudent to explore how to mitigate any possible risks,” he added.

“New systems offer enormous benefits in many areas, but they also pose substantial risks to our privacy and security, and to our welfare as citizens and consumers,” he said.

“Working with international partners and industry, the research will help Australians gain the full benefits of these new technologies, from better mobility to improving our responses to humanitarian emergencies.”

Despite what can often appear more in the realm of sci-fi than reality, Australia’s state governments have already made practical strides towards implementing automation initiatives. Earlier this year, the Victorian Government sanctioned a trial of driverless cars on rural roads as part of the state’s $9 million Towards Zero program – with a $2.3 million grant for the technology to be developed by German engineering firm Bosch.

In February, Transport NSW, along with industry, researchers, local council and businesses, collaborated to test driverless shuttle busses in Armidale and Coffs Harbour – with a similar initiative launched in Newcastle in June.

The establishment of the automation research hub follows the Morrison Government’s $34.9 million grant to another world-first research centre last September – based at the Queensland University of Technology – studying, longitudinally, the impact of digital technology on Australian children.

The draft framework, intended to inform the government’s approach to AI development, highlighted several core principles that must be maintained under any AI deployment – that it generates net-benefit, does no harm, complies with regulatory requirements, upholds transparency, fairness, privacy and accountability, and contains provisions to contest machine-driven decisions.