Future of government marked by the Internet-of-Everything 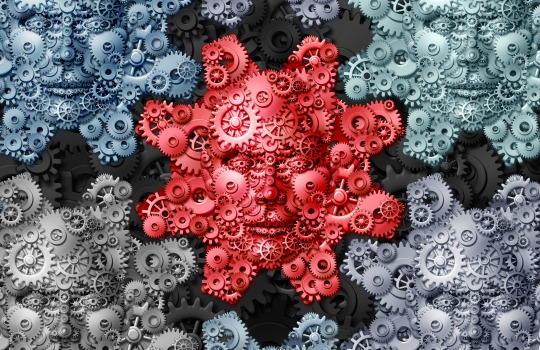 The future lies in adapting to the internet of everything (IoT), according to Glenn Archer, a former Australian government GCIO, and architect of technology reforms for the Commonwealth.

The internet of everything (IoT) will have a profound impact on our working and private lives – with a direct impact on government service delivering, according to Glenn Archer, a former GCIO, and industry analyst with Gartner.

Archer, a keynote speaker at the Annual FST Government Australia conference, held 22nd September in Canberra, said government and industry is experiencing the single biggest change that reaches beyond the birth of the web.

This is the emergence of the IoT and the Internet of Everything (IoE). The IOT will have a profound impact on our working and private lives, much more than the birth of the web, or moving to the cloud

The future of government is marked by IoT and artificial intelligence. “There are many examples of AI innovation in Canberra. Countries are also moving to zero tax filing, where you do not need to do your tax return. This is done automatically for you using AI.”

This pre-filing is based on consumer consent, especially where the tax situation is not complex. “And you would never need to talk to the tax office again. The tax office would have enough information to complete your return, and issue you a check, or send an invoice.”

With digital leadership, the initiative often comes from left-field.  For example, in the case of digital identity, the lead is being taken by India. “This country is leading at the national level with issuing digital credentials to citizens.”

The Indian Aadhaar project was launched five years ago. “And they have issued over one billion credentials in just that time.

“This represents half a million every day. In this timeframe, we could do Canberra tomorrow, and we could complete the country by the end of the year. In India, the credential is not a card, it’s a number.

“What goes along with the credential is a full biometric, a face print, both irises, and all 10 fingers. This won’t work here because of cultural norms, privacy, and other things we’re accustomed to.”

In the digital domain, Archer noted that a one-size model does not fit all governments, across different jurisdictions. “For example, with the UK GDS model, it has become quite clear that shoe-horning that model into the Australian environment is problematic.”

The Australian structure does not mirror that of the UK.  “We are now on the cusp of the next evolutionary phase for digital government, and this is notably in Singapore.

Going against the grain

One key matrix toward digital government should be the decline in online services. “This runs counter-intuitive to the fact that we think we need to have more transactions.

“But smart government is about automation, of solving and resolving how citizens interact with government.”

In this setting, the day of the portal is numbered. “Investing in portals is not necessarily the wisest thing. We can use data, combined with automation, to facilitate the interaction.”

On the cyber-security front, Archer said this is no longer an issue for the techies. “This cannot be given away as the responsibility of the CIO. In business, accountability is held by the board. We need to do that at the government level as well.”

Cyber is often misinterpreted as being about defence, security, or intelligence agencies. “Cyber-attacks are now the single largest feature of cyber-crimes. The majority of government systems that handle money could be manipulated to influence the market today.

“These are not in the defence or intelligence agencies. These may actually be for tax, treasury, the Reserve Bank, Centrelink, or the ABS.”

“I went looking for guidance for agencies, and this is also invisible. There’re 32 actions specified in that strategy. Only one of them relates to providing advice for agencies. This strategy fails to address the needs of the great unwashed.”