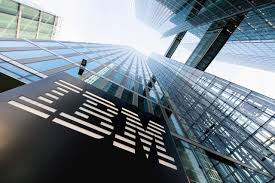 The Federal Government has secured a record five-year contract with enterprise computing heavyweight IBM, with the Commonwealth expected to reap $100 million in savings from the deal.

Rated among the biggest contracts ever negotiated by an Australian government, the agreement involves cross-branded solutions from both IBM and the Federal Government, among which will include IBM hardware, cloud-based solutions, and further innovation programs.

Specifically, the programs will seek to further cybersecurity research and advancement of quantum computing within major public sector agencies, driven through three hubs in Melbourne, Canberra, and the Gold Coast.

Minister for Human Services and Minister Assisting the Prime Minister for Digital Transformation Michael Keenan said the deal will “maximise” the government’s return on its ICT investments.

The new agreement is expected to further improve computing and preemptive cybersecurity measures within major agencies that already partner with IBM, including the Department of Human Services, the Australian Tax Office, and the Department of Home Affairs.

“This agreement is a testament to our forty-year partnership with the Australian government. It shows trust and belief in our ability to transform and provide world-leading capabilities, leveraging our investments locally in AI, blockchain, quantum and cloud,” La Rose said.