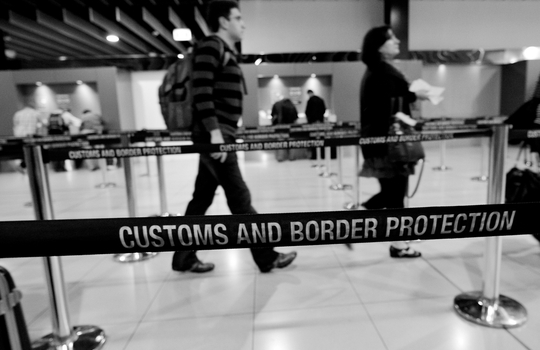 The Department of Home Affairs has gone live with its $44 million fingerprint and facial recognition system, with the initial rollout already commenced across Australia’s airports.

The project is also expected to help manage an anticipated surge in visa applications, border clearances, and citizenship applications over the next 10 years, according to Home Affairs.

Development of EBIS’s tech backend was contracted to long-time Commonwealth supplier Unisys, with the augmented reality verification portion of the project delivered by French identity services developer Idemia in 2018.

In 2019, nearly 9.5 million people visited Australia, more than double the visitor numbers of a decade ago, placing pressure on border control to streamline identity management, Home Affairs said in a statement.

“Australia will continue to face a range of threats including revenue evasion, unlawful immigration, terrorism, and organised crime,” the Department said.

Beyond the control at immigration gates, which was noted as the first cab off the rank, EBIS will have a broader remit to support Home Affairs and its portfolio agencies.

The EBIS system is designed to simultaneously facilitate the processing of legitimate or indeed “suspect” travellers whilst streamlining border clearances between immigration and border control’s domestic and international offices.

Drivers for biometrics in government

Biometrics and ID management has been used for several years to manage Australia’s border control, policing, and intelligence-gathering activities.

The Government began ramping its digital scanning and data-matching capabilities in October 2005, issuing biometric passports known as ePassports, which have an embedded microprocessor with an individual’s personal details, to confirm a traveller’s identity.

Public key infrastructure is used to authenticate data stored in the chip, making it expensive and difficult to forge.

In May 2015, the Australian Government rolled out the SmartGate initiative at air and seaports, using biometrics to identify and process arriving passengers. The goal by 2020 was to automatically process 90 per cent of air travellers through the quick-scanning SmartGates.

These projects have included New Zealand’s SmartGate program, the UK’s ePassport gates, the US’ US-Visit program, or Canada’s ‘Nexus’ initiative.

In an industry statement, Unisys said the Home Affairs’ EBIS live rollout would further strengthen the use of facial biometrics, facial recognition, and fingerprinting technology.

Technical details on the EBIS rollout are not specified, however, the platform is understood to streamline identity management, fast-track the processing of visas, and deliver tighter controls at key Australian entry points.

Idemia is also a supplier to the NSW Police Force, with a contract extended to support and maintain 142 live scan units throughout NSW.

LiveScan is a paperless and inkless fingerprint identification solution that enables operators to capture the digital fingerprints or palm-prints and send images electronically to a Police Force centre.

Electronic fingerprints can be checked against a computer database, enabling police officers to run background checks, or crossmatch the data, in some instances, in real-time.