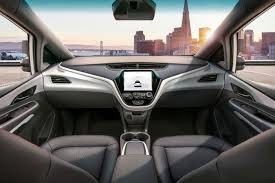 The NSW government has announced a new $10 million fund to expand trials of driverless vehicles as part of the state’s 2018-2019 Budget.

“The future belongs to those who hear it coming, and this investment looks to harness the power of technology to improve lives across the state,” Perrottet said.

The fund will be used to identify projects and partnerships within the ‘smart’ automotive industry over the next four years.

The cash boost comes after legislation was enacted in 2017 permitting trials of connected and automated vehicles in NSW. The first trial under this legislation is already underway, with a driverless Smart Shuttle now operating at Sydney’s Olympic Park.

Minister for Transport and Infrastructure Andrew Constance said the state must ready itself for the inevitable introduction of automated vehicles.

“Having a dedicated fund for trials will mean that government, universities, the private sector and start-ups can partner together to test and gain insights into how these technologies will shape our future cities and regions,” Constance said.

The $10 million fund will be administered by Transport for NSW’s own Smart Innovation Centre, delivering $2.5 million per year over the next four years.